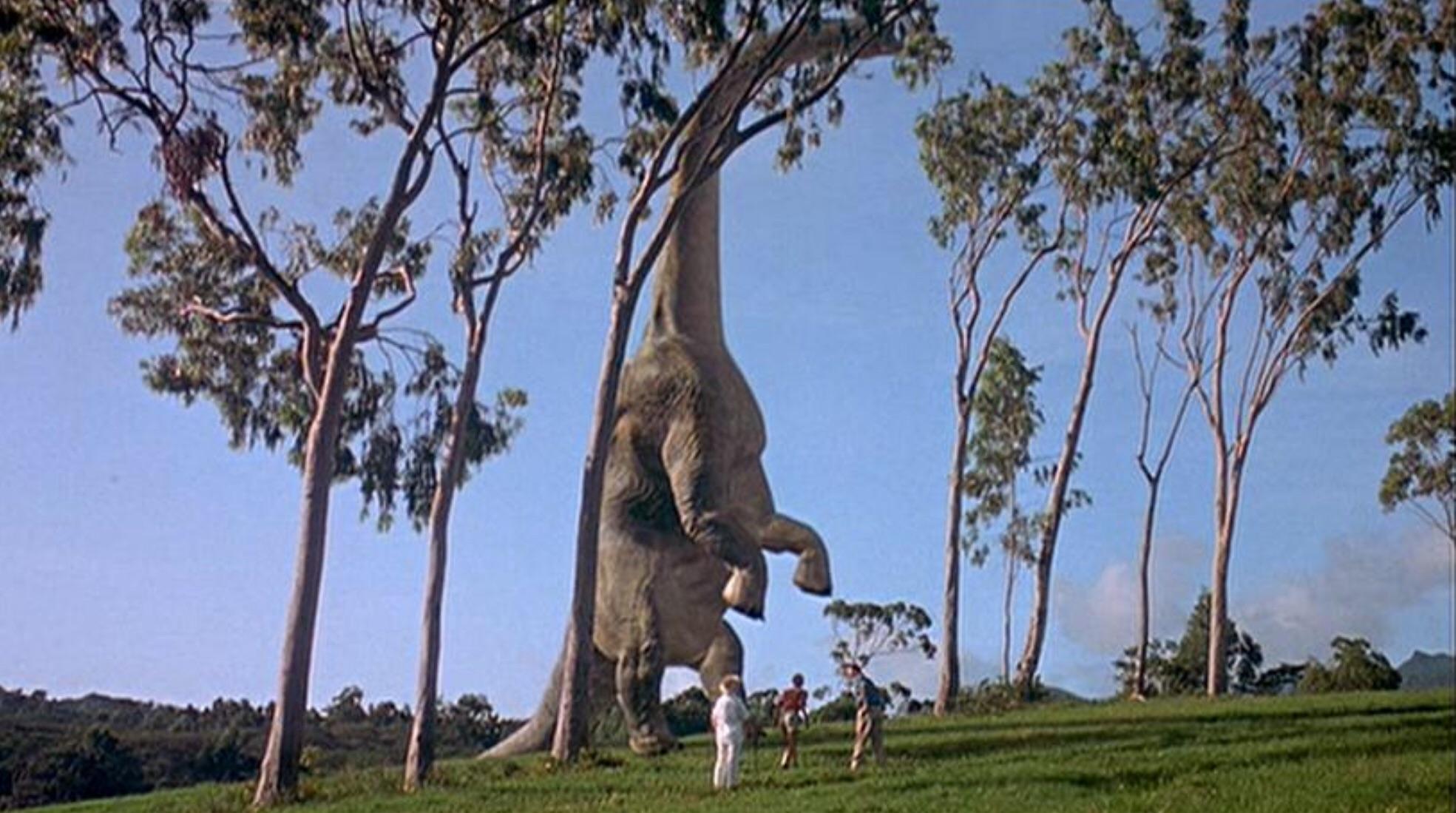 For those who love cinema, there will always be cherished moments associated with seeing something for the first time. Here is my list of the cinematic landmarks of my journey through loving film.

I’ve been a big Kevin Smith fan since I first was introduced to his films in the early 2000s by a close friend. Dogma (1999) remains one of the most insightful cinematic commentaries on faith and religion in film… and that movie has a rubber poop monster. In 2011 Kevin Smith completely reinvented his style of filmmaking by directing Red State, a story about a gay-hating religious cult in rural America that takes their preaching with extreme violence. Michael Parks played Abin Cooper (inspired by Fred Phelps of the Westboro Baptist Church) and delivered a knockout performance that should have been nominated for an Academy Award for Best Actor. This didn’t feel like a Kevin Smith film. It felt like a Quentin Tarantino film (Tarantino himself loved it).

Christopher Nolan has always had a knack nailing the final scenes of his films. From The Prestige (2004) to Inception (2010), he always manages to leave the audience satisfied right up until the last frame. His first Batman film is no exception. I left the theatre reinvigorated with my love of cinema, ready for more.

I was probably too young to watch this film the first time. I got scared (something I wish could still happen for me with movies). When she spun her head around and used that vulgar language, I was freaked the hell out.

A brilliant piece of cinema. Keep a close eye on Brad Pitt. He goes through all the major stages of grief (denial, anger, depression, bargaining and acceptance) in the span of just a few moments. Simply brilliant.

Seeing my love of film and my love of music come together in such an amazing way left me inspired. The strawberries dropping on the fields of Vietnam, raining down fire and brimstone.

The loud and warmly coloured interior is instantly juxtaposed with the frosty white centre of the Five Points. The amazing sets built for the film acts as a brilliant backdrop for the epic, bloody conflict to come. Seeing the blood on the snow like that, with that intense hip-hop beat blasting, I had no idea what I was in store for. My first real exposure to Daniel Day-Lewis was this scene.

Russell Crowe’s performance in Gladiator (2000) beat out Tom Hanks here for the Best Actor Oscar. I love Gladiator, but Tom Hanks made me cry for a volleyball. A master class in acting.

The inspiration for a thousand memes, I distinctly remember that along with all the intense, badassery of the movie, was the genius shot following the Persians down the well, making it clear that they weren’t anywhere near the bottom.

The most ballsy, violent film ever made. Enough said.

Felt like saying goodbye to an old friend. Got me right in the feels.

Not only was there a fully-realized, photo realistic red dragon played by Benedict Cumberbatch, they managed to have Smaug’s lips move while he spoke, and pulled it off. Awe-inspiring

A testament to the genius of Andy Serkis, this brilliant film hit right home during the moment Caesar tells his son that Koba, an ape, was responsible for his attack.

Nothing beats good old-fashioned practical effects. Christopher Nolan has always dedicated himself to realism, even when showing a gravity-defying dream sequence. Sat in awe seeing this in IMAX.

I have never been a big Rocky fan. There is no reason that this scene should make it onto my list but I was blown away by Creed (2015). On paper, it sounded like the dumbest, cash-grab movie ever. Rocky trains the illegitimate son of Apollo Creed? However, Ryan Googler made a film that accomplished amazing things. The emotional connection between Rocky and Adonis Creed was all there. This scene got me right in the feels, and I was glad to surprise myself.

TIFF 2018. I never could have expected this film would become one of my all-time favourites. Bradley Cooper accomplished something amazing as a director, and also delivered his finest performance. A brilliant film for the ages.

Tom Cruise has been training his entire life to become an actual superhero (we won’t even get into Scientology here). When the scene called for Cruise to scale the tallest building in the world, they started discussing how to build a replica of the top of the Burj Khalifa. Cruise was having none of it. He was doing it for real, because that’s what Tom Cruise does. A stunning testament to why the Oscars needs a stunt award.

Unlike any other film Martin Scorsese has made, this stunning digital 3D achievement remains the single greatest use of the technology yet seen. Better than Avatar (2009). The entire movie is a loving celebration of cinema and its history. A must-watch for any film buff.

The climactic moment of an epic trilogy. There’s a reason this won Best Picture. John already included it on his list for good reason. Simply epic.

7. INGLOURIOUS BASTERDS (2009) — Once Upon a Time in Nazi-Occupied France

I agree with Clarisse on this one. I have never felt such unreal tension while watching a movie. I was jumping out of my skin with the suspense of realizing what was happening in this scene. Later during a scene in a small pub in northern France, that tension returns. The film remains Tarantino’s crowning achievement. His masterpiece.

There are moments when the 10-year-old kid that lives inside me jumps for joy and cheers. I love superheroes. I had been waiting my whole life to see this big-screen team-up. I never thought I would get it. The film was perfectly executed. Joss Whedon made all the right choices. Captain America calls out the roles for the ongoing assault… HULK SMASH!

While there are some serious flaws in Tom Hooper’s adaptation of the beloved stage musical, it also contains some truly great moments. I’ve always been a sucker for theatre and musicals. When I’m not writing about film, I pretend to be an actor sometimes and while I haven’t had the chance to do Les Misérables yet, I hope to one day. Seeing Colm Wilkinson literally pass the torch to Hugh Jackman, from the first Valjean to the newest, was awe inspiring and beautifully executed. It was the first sign that the film did truly have something special.

No recordings of Abraham Lincoln exist. There is no reference point (other than written descriptions) of what his voice sounded like or the true extent of his mannerisms. However, this film contains such a brilliant performance that we all just KNOW that’s exactly how Lincoln must have sounded. I saw this movie tired and a little tipsy; not something you should do for a film made up of men in drab clothing sitting around in rooms together exchanging long pieces of dialogue. This with its extended running time could have ruined the experience for me in that state. However, I was riveted from start to finish. Filmmaking at its finest.

The world of voice acting changed almost overnight in the early 1990s. Before Aladdin (1992), voice actors were their own brand of performer. Animated films almost never had big movie stars voicing the characters. However, that all changed when Robin Williams’ manic genius gave us this amazing character. After Williams’ death, I held back the tears for most of the day. That was until I saw an image of his character from Aladdin with the caption “Genie, you’re free.” That’s when I lost it.

A huge part of my childhood was born with that character, along with my love of impressions and performing.

Will Smith will play the character in the live-action remake. My feelings have changed about the whole notion of having the Genie return in any way. I think Smith will do a fine job. The movie’s success or failure won’t rest on his shoulders alone. If everything else works, he’ll do it justice.

There are so many moments in this film that were galvanising but this one takes the spot. The introduction to the Joker here was spellbinding. Everything I could say can be read in my Oscar Revisit of The Dark Knight.

I have been obsessed with dinosaurs for as long as I can remember. It must have begun with The Land Before Time (1988). At the tender age of seven, my world would explode. The memory of being in front of a big screen, seeing that sauropod graze on the tall trees, is tattooed in my brain. A fully realized CGI dinosaur in believable photo-realism was in front of my eyes. Nothing was impossible. Cinema is golden. The sweeping John Williams theme music doesn’t hurt. That was it for me. I was hooked. 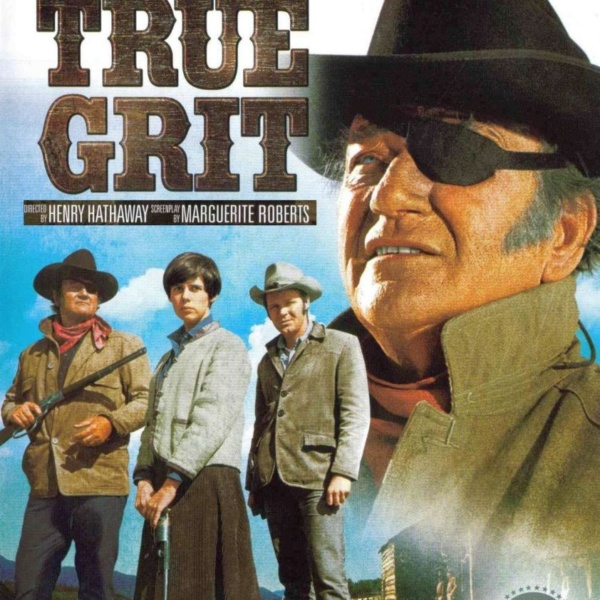 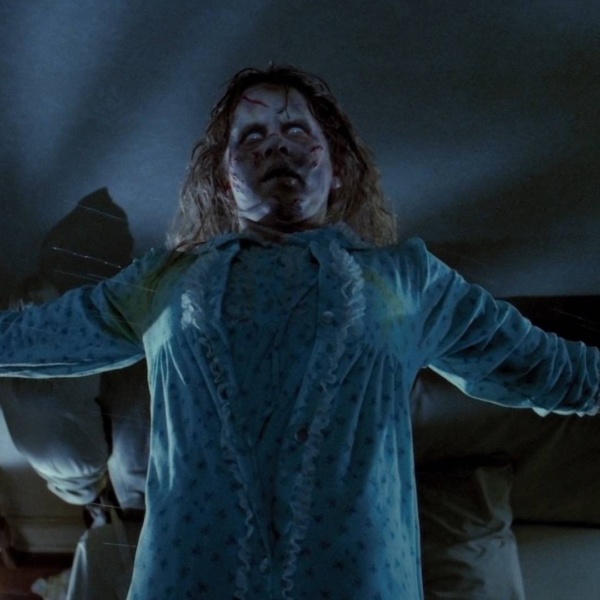