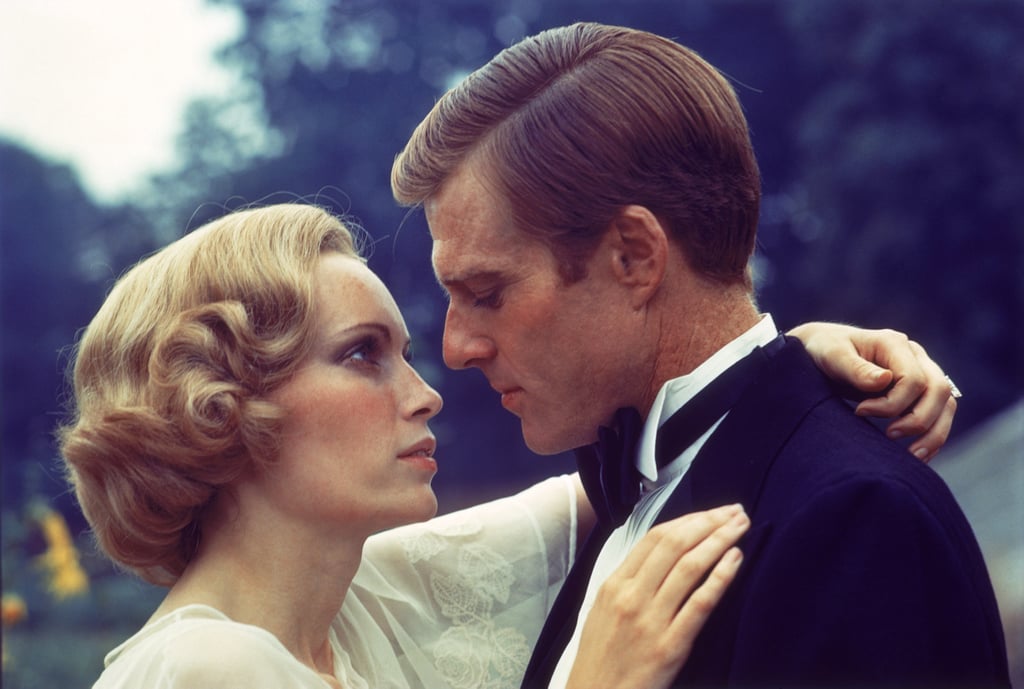 One of the greatest disappointments of the seventies was the much awaited adaptation of The Great Gatsby (1974) which audiences, and the industry believed would be the definitive film version of the greatest of Americans novels.

Jay Gatsby lost the love of his life because he did not have wealth, not only wealth, but enormous wealth, obscene wealth. Understanding the only way to get Daisy back was to establish enormous wealth through the avenue open to him … crime. Though we never really know what Gatsby does or has done to establish such a magnitude of wealth, we suspect throughout, which merely adds to the mystery of the man. Of course the real reason he lost Daisy was that she was a materialistic, shallow human being who needed the cushion of great wealth.

“The Great Gatsby” is often hailed as the greatest American novel of the 20th century and it just might be. Beautifully written by the gifted F. Scott Fitzgerald before his death, the book has been made into a film three times, the first in 1949, this one and the most recent, arguably the finest version in 2013 with Leonardo DiCaprio superb as Gatsby.

There must be an element of danger, a quiet sense of menace to Gatsby, something in his eyes or under the skin, we must believe he has killed a man.

As portrayed here by Robert Redford, we simply do not. Possessed of those all American good looks, we might believe Gatsby went out and honestly earned his wealth, which is not true. A huge box office draw at the time, Redford was woefully miscast, one of two examples of terrible casting in the film. Warren Beatty or Jack Nicholson would have been better choices, each able to project danger in their performance, which Redford, clearly, could not.

Great directors claim that half their job is over in casting. What then was Jack Clayton doing when he cast Redford alongside Mia Farrow as Daisy Buchanan? Farrow portrays Daisy with vapid emptiness, why would anyone, let alone Redford, be attracted to this boring, uninteresting woman? Nothing Farrow had ever done previously suggested she could portray this character, so why would Clayton think otherwise? That of course speaks to a bigger problem, why Paramount chose Clayton to helm the film? Surely they could have hired a major American Director when so many great, young directors were on the rise, working in the industry? They managed to get Francis Ford Coppola to write the script but Jack Clayton was the best they could do as a filmmaker? Why not Coppola? The Great Gatsby would be the only film Clayton would finish during a ten year period which saw him felled with a massive stroke, and though he made a comeback in the eighties, he was never the same as an artist. Watching the film, we are not enveloped in the excess and obscene wealth of the Baz Luhrmann remake, but instead held at a distance as observers, like Nick (Sam Waterston) who even as a cousin remains an outsider to Daisy’s wealth.

Her husband Tom (Bruce Dern) is a huge brute of a man who was born into money and believes everything and anyone can be bought. Human life has come to mean nothing to either of them, so careless are they with feelings.

While visiting one summer Nick takes a small home next to the mysterious Gatsby, who he meets and strikes a friendship with. Turns out Gatsby was once in love with Nick’s cousin Daisy and intentionally built his mansion across the lake from her. He often stands on his pier watching the lights at her home, longing for her. Nick sets up a meeting and the two lovers pick up where they left off, after all the only obstacle had been money and now Gatsby is wealthy, Daisy unhappy in her marriage to Tom, what is stopping them?

And neither of them have any idea of the depths he will go to get what he believes is his.

The group make a trip to New York, where Gatsby and Tom nearly come to blows in the hotel. Fleeing the scene, Daisy drives the car and hits and kills Tom’s mistress Myrtle. Tom tells her husband it was Gatsby’s car and the distraught man shoots Gatsby as he swims in his pool, then turns the gun on himself. Nick, having learned it was Daisy who had been driving, goes to see her but learns they are going abroad.

Neither attends the sparse funeral for Gatsby and finally Nick sees them for what they are. Inhuman.

For all his wealth, Gatsby was down to earth, a true friend to Nick.

The film was the most anticipated of the year, but when released the critics hit it hard, and rightfully so. No one that saw the film could figure out why Gatsby was attracted to Daisy. She was portrayed as a vapid, silly, bubble head, not remotely interesting. There were no sparks between Farrow and Redford, and a love story without heat, without those sparks, is nothing. Any scene with the pair on their own fell flat. Considering the sparks that exploded off the screen between Redford and Barbra Streisand in The Way We Were (1973), this was a major letdown.

Redford was not terrible as Gatsby, he just did not give any sense of danger, there was nothing mysterious about him. Shot to look isolated, apart from everyone, there was never a reason why. The screenplay was rather literate for the characters, so one can only deduce the actor, and a good one, missed the part in every way.

Farrow was, well, dreadful. Bouncing, flitting and prancing about the film in pretty clothing, moving like a hummingbird, absolutely self absorbed, she brought nothing remotely watchable to the film and seemed to be in another movie. A critic of the time wrote, “I wondered, where in this era, Daisy got her hands on LSD. That seems the only possible reason for Farrow’s disconnected performance.” She missed in every way the longing Daisy had for Gatsby, the regret she had in marrying Tom, she did not suggest anything sexual and looked like a fey 12 year old boy. Terrible. One of the most unwatchable performances in film history.

The best performance in the film was Bruce Dern as Tom who was superb in every way. Entitled, pompous, detached from the real world because of his wealth, Tom is a horrible human being, but a product of his upbringing and society. He dislikes being referred to as anything brutish or overtly physical, believing himself to be a man of culture. His affair with the shrill Myrtle (Karen Black) is easy to explain, her being a sexual creature and Daisy so not. His intense dislike of Gatsby grows, understanding what he can learn of his past, and of course when made aware of his wife’s affair with him. Dern is magnificent in the part and should have been nominated for an Academy Award as Best Supporting Actor.

Watching the film again to prepare for this article I was struck by the sparks that flew whenever Redford shared the screen with Dern. Nearly attacking Gatsby in the hotel, Tom stops short but not before Gatsby flashes him a fearless smile. Gatsby does not fear Tom, a fatal mistake because he under estimates Tom’s treacherous nature. It is Tom after all who lies to Myrtle’s husband about who hit his wife with the car.

Karen Black is so wildly over the top as Myrtle we wonder what could attract anyone to her, not just Tom, but anyone? She moves about the room when with Tom like a cat in heat, offering not an intelligent word to the conversation, her eyes on his wallet. As her put upon husband, Scott Wilson is the personification of pathetic, unfortunate to have fallen in love with Myrtle, adoring her he seeks only to please her, eking out a living at a gas station where he is also a mechanic. He knows she is having an affair, but is terrified to bring it up, worried she might leave him. I suspect he knows it is Tom.

With the beautiful line, “You look so cool, you always looked so cool” Daisy defies Tom in front of everyone admitting her love for Gatsby. Had Myrtle not been killed, and subsequently Gatsby, would Daisy have left Tom? I doubt it but one never knows.

If anyone in this adaptation is dangerous it is Tom, willing to use his wealth to get whatever he wants. Gatsby wants only Daisy, Tom possesses her, and would he ever let go? Not without trying to ruin them both.

Clayton directs the film as though he were posing wax works, and while I do believe the actors and director should honour such a profound work, I do not believe they should not inhabit the characters for the narrative. We need flesh and blood characters, which we get only from Dern and Wilson. The rest seem so profoundly intimidated by the book, these characters they can scarcely breathe.

Farrow is an absolute travesty.

The Production Design and costumes are superb, those all seeing eyes looking down from the billboard as we enter New York. The costumes were lavish creations which won the Oscar for Best Costume  Design.

In 2013, a remake was released with Leonardo DiCaprio an excellent Gatsby and Carey Mulligan superb as Daisy. She is mysterious, suggests carnal delights in the bedroom, with pristine clarity we understand their love, their lust for one another. Toby Maguire is very good as Nick, only Joel Edgerton is lacking as Tom, but how could anyone step out of the overwhelming shadow of Bruce Dern?

With so much talent involved, how did the 1974 film turn out so weak?

Casting. A lousy choice for Director was permitted to cast who he wanted. 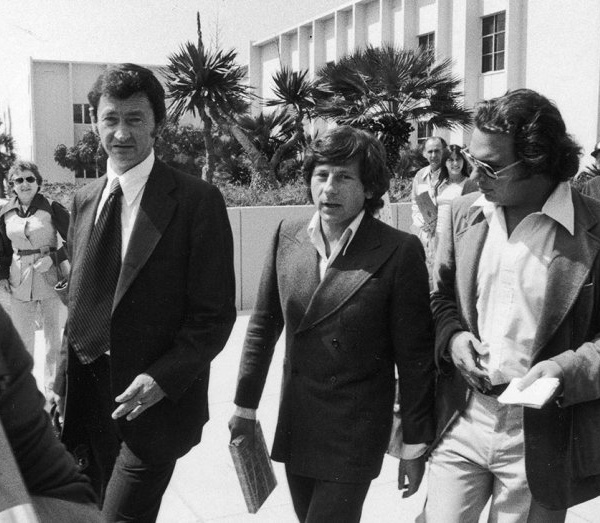 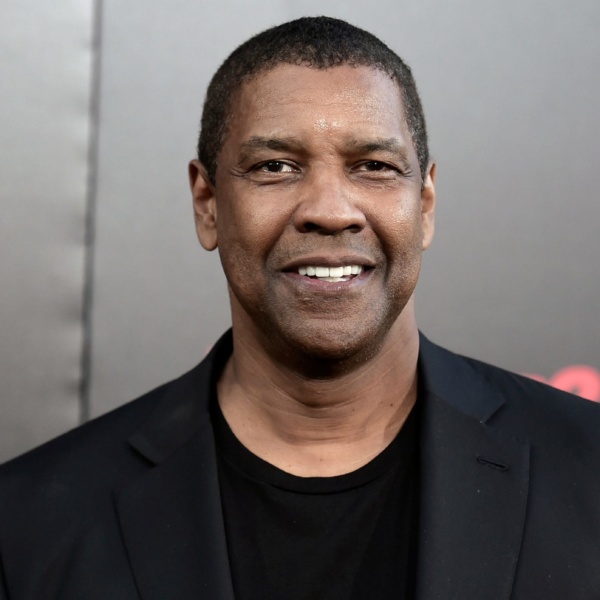