Thanks to extremely attractive film incentives and widely varying geographical terrain, North Carolina has done well attracting movie and television productions to the area. The mountainous, heavily forested terrain of the state has been used as the ideal stand in for such movies as:

And one other bonus, it doesn’t hurt to also hold the location of the largest privately-owned residence in the country – the historic Biltmore Estate.

Constructed between 1889 and 1896, Biltmore is a 175,000 square foot, four story French Renaissance mansion, located on 8,000 acres of land, outside of Asheville, North Carolina.  The property contains formal landscaping, water features, miles of river frontage, open meadows, farmland and thousands of acres of untouched, forested mountains.  As such, it presents ample opportunities for filming locations.  Being private, the property offers large remote areas which can be cordoned off without the worry of interference or extensive permitting associated with filming in public or less isolated locations.

George Washington Vanderbilt, the son of the wealthiest man in the world at the time, started construction of the 225-room house on the mountainous property at the age of 27.  He hired the society Architect of the day, Richard Morris Hunt for the design of the buildings and Landscape Architect Frederick Law Olmstead (designer of New York City’s Central Park) for the grounds.  He wanted the house as a retreat for himself and his contemporaries thus commissioned a home which contains 35 bedrooms and 43 bathrooms, at a time when most houses did not have indoor plumbing.  Vanderbilt installed luxuries unheard of at the time, which included: electricity, two elevators for the transportation of guests and two for the elevation of food; three kitchens, an indoor pool, bowling alleys and a Banquet Hall capable of accommodating 64 guests.  This level of luxury surpassed the standards of any home seen in America at the time and eclipses any American residence constructed since that time.

Today, the estate remains in the private hands of the descendants of the original builder, George Washington Vanderbilt.  To support the estate, the Vanderbilt family run many businesses on the property, which includes letting the house and land out for movie and television projects.

The first movie to be filmed at Biltmore was Tap Roots 1948.  A civil war epic in the mode of Gone with the Wind, it starred Susan Hayward, whom nine years prior had lost the part of Scarlett to Vivien Leigh.  The film was beautifully filmed in Technicolor in remote portions on the estate, predominantly along the banks of the Broad French River.  This was one of many movies shot on the property which do not feature the main house or buildings.  Others include: A Breed Apart 1984; The Last of the Mohicans 1992; Forrest Gump 1994; My Fellow Americans 1996; Patch Adams 1998; The Clearing 2004; and The Odd Life of Timothy Green 2012.

While the above movies did choose to film on Biltmore Estate, it is clear that the attraction to the location was due mainly to the lucrative state incentives and the luxury of isolation associated with filming on the remaining 8,000 acres of private land.

However, it is the use of Biltmore house which provides every film that uses it with an additional character.  The image of the house immediately exemplifies the vast wealth of the resident – be they hero or villain.

The first film to showcase the residence was The Swan (1956), in which the exterior of Biltmore is portrayed as the Hungarian Palace of Princess Alexandra (Grace Kelly), the daughter of minor European nobility.  The images of Biltmore House in “The Swan”, without the need for any theatrical adjustments, exhume an era of elegance and refinement.  It is unfortunate that interiors for the movie were created at MGM sound stages in California, rather than utilizing the historic interiors of the home. Incidentally, this was Kelly’s last film before heading to Monaco to become a real princess.

Being There (1979), Hal Ashby’s Oscar winning satire (best Supporting Actor, Melvyn Douglas) based on a novel by Jerzy Kosinski, was the first film to extensively utilize the interiors and exteriors of the estate – and is probably the best movie filmed there to date. It is the story of Chance the gardener (Peter Sellers), a simple, naïve man who has led a protected existence, leaving him unaware of the real world other than what he has learned from watching television.  His simple, child-like comments and observations are considered by highly educated and influential people to be profound.  Through happenstance, he comes to be known as “Chauncey Gardner” by Washington elite and is invited by Ben Rand (Melvyn Douglas) and his wife Eve (Shirley MacLaine) to stay as a guest in their home.  To illustrate Ben’s status as a wealthy industrialist and advisor to presidents, Ben and Eve live at Biltmore.

Filming this movie was not a simple arrangement of utilizing one or two rooms to maximize initial lighting set up and camera angles.  Other than some street scenes in Washington DC, and the use of some interior locations in the Feynes Mansion in Pasadena, director Hal Ashby filmed the movie predominantly at Biltmore, taking full advantage of the grand interior rooms and property of the estate.  Dramatically, Ashby presents the estate the way William Law Olmstead had initially envisioned for George Vanderbilt and his guests in 1889, introducing the property gradually.  Ashby filmed processions of cars and motorcades along the same route taken today to access the house: pulling into the estate through the Lodge Gate, along the heavily forested, three-mile approach road, finally having cameras track the vehicles as they turn onto the front esplanade, panning around until the house is finally presented in all of her grandeur.

Similarly, inside the house, Ashby has the cameras follow the characters as they move throughout the home.  Following them passing through the house’s corridors; ascending the grand staircase; discussing economic policy with the President of the United States (Jack Warden) in the two story Library; conversations with the family doctor (Richard Dysart ) in the Billiard Room; terrace conversations with Shirley MacLaine overlooking the grounds of the estate; discussing gardening in the greenhouses; an overview shot of dinner for four in the enormous Banquet Room and finally, the climactic “walking on water” scene, with the estate house perched dramatically on a rise in the background.  Clearly Ashby didn’t want to waste the opportunity to take advantage of the spectacular spaces, both inside and outside the main buildings.

Like Being There, Private Eyes (1980) with Tim Conway and Don Knots, was filmed at the Biltmore estate utilizing formal and informal rooms throughout the mansion.  Due to the nature of the story, this also required the incorporation of back passages, floor service access panels and raw unfinished basement service tunnels into the plot.  In both movies, interior rooms were used for the most part without alteration, even original Vanderbilt family portraits remain hanging in place in the background.

“Private Eyes” was created following the success of the “haunted house” revival in the 1970’s and 1980’s, most of which were farcical comedies.  These included: Young Frankenstein (1974); Neil Simon’s Murder by Death (1976); House of the Long Shadows (1983); Clue (1985); and Haunted Honeymoon (1986).  Some classic and some barely watchable, these vehicles showcased star studded casts in appropriately atmospheric and highly detailed locations.

Richie Rich (1994) with Macaulay Culkin playing the Harvey Comic Cartoon’s title role was also filmed at Biltmore, with the estate again being used to signify the endless wealth of its residents.  As with “Being There” and “Private Eyes”, “Richie Rich” was filmed almost entirely at Biltmore with little need for any alterations, to the building or the land.  Even the first shot following the opening credits is of the original portrait of George Washington Vanderbilt, hanging in the house, although his pertinence to the story or his relation to the fictitious owners is never explained.  The main visible change to the estate for the movie, not created on sound stages, is the installation of a baseball diamond on the front esplanade of the Mansion. There have been several other movies which have incorporated Biltmore Estate into their locations on a much lesser scale.  Hannibal (2001) with Anthony Hopkins and Julianne Moore featured the estate as the home of the reclusive and villainous, Mason Verger (Gary Oldman), utilizing many locations throughout the property, predominantly the Lodge Gate, the front façade of the mansion and some interior shots.  The only apparent alteration to the property for this movie was the addition of the wild boar feeding pit in the Estate Barn Complex, used in a climactic death scene.

“Mr. Destiny” (1990) Starring Michael Caine and Jim Belushi, a film, loosely based on the “It’s a Wonderful Life” concept of the karma that surrounds life’s directional choices.  In the movie, Michael Caine demonstrates to Jim Belushi what his life could have amounted to, had he not struck out during the game changing moment of a high school championship some twenty years prior.  Spoiler alert … he would have been living at Biltmore. Biltmore has also been used in various television projects, each time relying on the opulence of the estate to signify the enormous wealth of its residents.  One notable series, “The Pruitts of Southampton” (1966) created by executive producer David Levy, was developed as a comic vehicle for Phyllis Diller.  The show was based on the silly premise that the wealthy Pruitts living on Long Island have lost their fortune as the result of an IRS audit which identified an overwhelming amount of back taxes.  Remarkably, the IRS permits the Pruitts to remain in their mansion with no funding to avoid the inevitable economic repercussions, should word of their financial situation be revealed.  For the series, images of the Biltmore house were used in the opening credits with the balance of the filming occurring on sound stages. Not surprisingly, “The Pruitts of Southampton” only lasted one season. 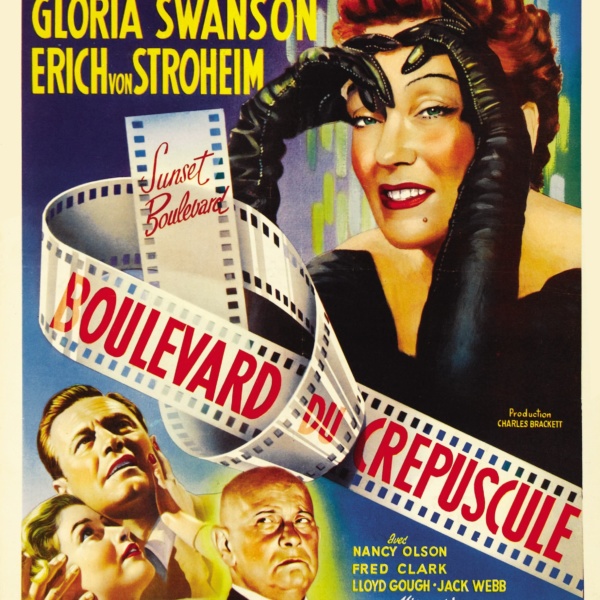 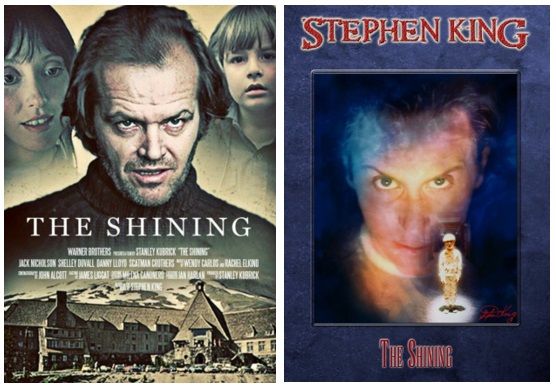 The Tale of Two Shinings