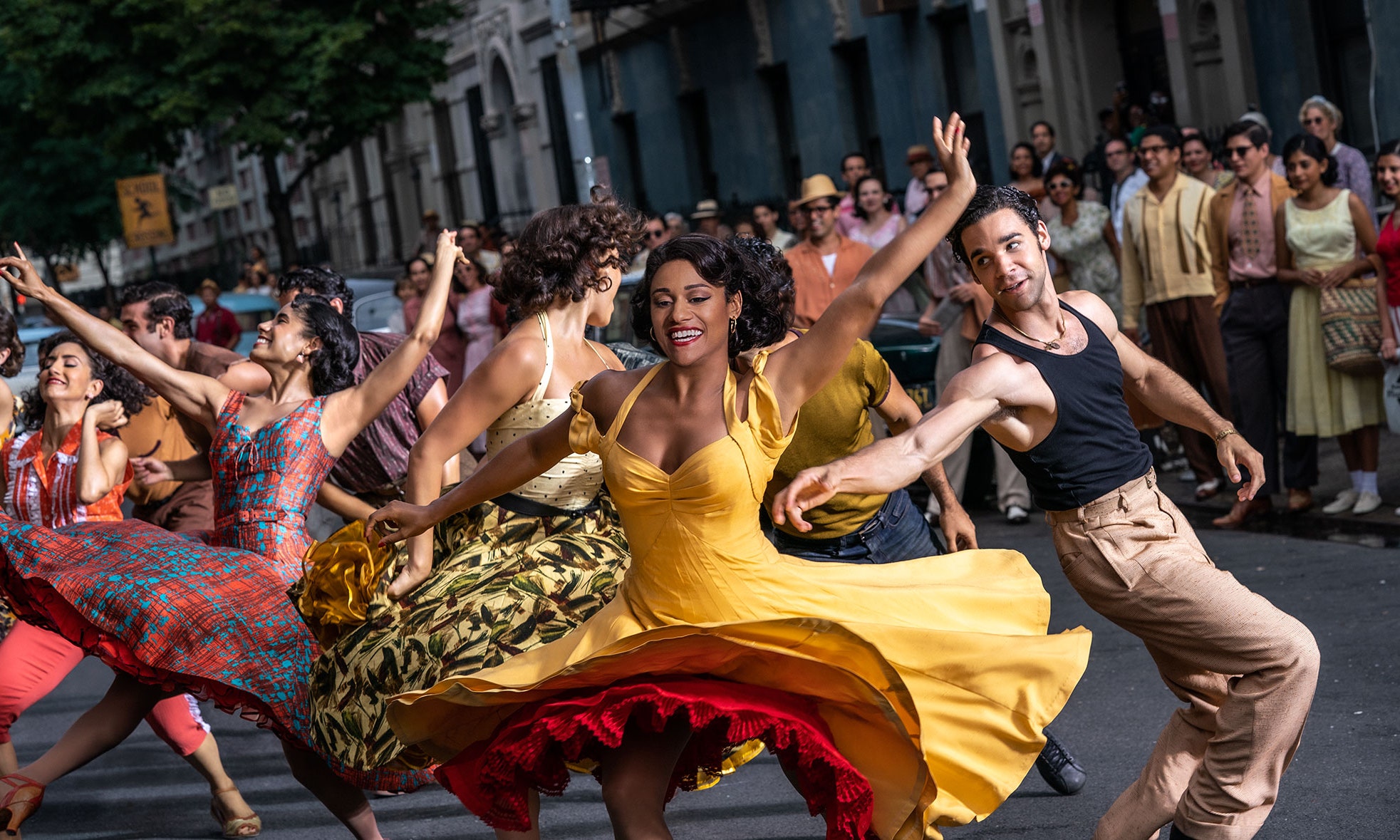 Now that two women have won Oscars for direction, expect more to come. Along with the ladies, expect more Black nominees, Asian, all ethnicities including foreign language film directors. Quite often a wildcard nominee like an out-of-the-blue foreign language director will burst into the party. Expect more of this as the Academy continues to grow and evolve.

Many of the potential nominees this year are of course previous nominees and winners. If there is a front runner at this moment, sentiment sides with Sir Ridley Scott, often a nominee but never a winner, though his epic Gladiator (2000) won Best Picture. He’s now in his 80s, so the Academy should act quickly (but his film still needs to be great).

At 90, incredibly, Clint Eastwood is still hard at work. How cool would it be to see him win a third Academy Award for direction or a first for acting? Cry Macho might bring both. A slew of directors are hoping to be among the final five on Oscar nomination morning. With up to 10 Best Picture nominations, the best Director award has become the most important and telling award of the night. So many greats in the mix this year. Get ready for a rollercoaster.

THE POTENTIAL NOMINEES FOR BEST DIRECTOR

SIR RIDLEY SCOTT FOR HOUSE OF GUCCI – The trailer for Scott’s exploration of the Gucci family suggests that the movie focuses on the assassination of Maurizio Gucci, grandson of the company’s founder Guccio Gucci. Murdered by a hitman hired by his ex-wife, the film seems loaded with potentially great performances, especially Lady Gaga as the murderous ex, Adam Driver as the doomed grandson, along with Al Pacino, Jared Leto and the rest of the superb cast. If strong, look for this to lead the nominations.

STEVEN SPIELBERG FOR WEST SIDE STORY – He has nothing left to prove to anyone and along with Martin Scorsese is the greatest director in film history. Why choose to remake a film that collected 10 Academy Awards and is a popular remount on Broadway? Who knows, but expect nothing short of brilliant. I expect it to echo the original, how can it not, and hope the Academy sees it for what it is: a remake of a classic by a great filmmaker. They have, however, treated Spielberg very poorly in the past, shamefully in fact.

DENIS VILLENUEVE FOR DUNE – The French-Canadian transplant has dazzled in the past for his Academy Award nominated Arrival (2006) and his sequel to Blade Runner (1982), the haunting Blade Runner 2049 (2017). Arrival earned him a nod for Best Director, placing him on the A-list of directors. Tasked with remaking Dune, a huge flop in 1984 when directed by David Lynch, the cult classic novel by Frank Hebert gets the grand scale treatment this year. I suspect it will be genius.

JOEL COEN FOR THE TRAGEDY OF MACBETH – Working without his brother Ethan on this one, Joel guides Denzel Washington and Frances McDormand through the dark tale of Macbeth. Shot in black and white, the film offers the chance for superlative performances (expect them) and for the director to branch off on his own if he so desires (I doubt it). Polanski’s bloody and gory Macbeth (1971) remains the definitive version, but this could bump it. I love that Shakespeare is still vital in movies.

PAUL THOMAS ANDERSON FOR SOGGY BOTTOM – So little is known about Anderson’s latest film. At one point, rumours circulated that it deals with the making of A Star is Born (1976). More likely it seems to be a study of a child star and his connection to his director/producer, portrayed by Bradley Cooper. Anderson might be the most purely gifted of the new generation of directors to have emerged since 2000. How did this guy not win the Oscar for There Will Be Blood (2007)?

WES ANDERSON FOR THE FRENCH DISPATCH – The “other” Anderson but no less talented, Wes saw his The Grand Budapest Hotel (2014) rack up nine nominations and win four Academy Awards. He usually creates sprawling ensemble pieces with no real lead, instead several supporting performances, each enhancing the film. This one deals with a newspaper outpost and the writers and their subjects. Another great cast, many Anderson regulars, so expect greatness.

REBECCA HALL FOR PASSING – A sensation at Sundance, the gifted actress moved behind the camera with this and guided her actors beautifully. The Academy loves actors who direct, LOVES THEM. The title refers to black Americans who pass for white, in this case driving the narrative. Two childhood friends reunite and deal with the prejudices of their society circa 1929. Ruth Negga, Tessa Thompson and Alexander Skarsgard star.

KENNETH BRANAGH FOR BELFAST – Not since 1989 has Branagh been a nominee for Best Director and then it was for his lively Henry V, and he deserved a nod for his massive epic Hamlet (1996). If this is the least bit great, he could be back in the race. The film deals with the troubles in Belfast in the 60s as seen through the eyes of a young boy. Sounds exciting and hopefully it is.

DAVID O. RUSSELL FOR CANTERBURY GLASS – Again balancing a massive ensemble, Russell will demonstrate his gifts with actors and narrative. The Fighter (2010) was exceptional, Silver Linings Playbook (2011) a marvel, and American Hustle (2013) downright breathtaking. He just continues to grow and be the Sidney Lumet of this generation. A known hothead, he has often come to blows with his actors. Ask George Clooney.

GEORGE CLOONEY FOR THE TENDER BAR – It is only a matter of time before Clooney wins an Oscar for Best Director. He was nominated for the award in 2005 for his television drama Good Night and Good Luck, and dazzled audiences last year with The Midnight Sky (2020), a haunting science fiction film. I wish he would act more too– love this guy.

CLINT EASTWOOD FOR CRY MACHO – The man is 90! He has won two Academy Awards for Best Director, been nominated for two others, won twice for Best Picture, nominated for three others, and won the Directors Guild of America twice. Gran Torino (2008) offered the Academy a chance to award him a Best Actor award, but he was snubbed. Do not see that happening again, so expect him among the final five. And for Best Actor? He might be the last man standing as a former rodeo rider hired to do something good that will alter his life.

JANE CAMPION FOR THE POWER OF THE DOG – While Schindler’s List (1993) was winning Best Picture awards and raves from the critics, it was Jane Campion who won the New York Film Critics Award for Best Director. She became just the second woman nominated for her extraordinary The Piano (1993) but has never again achieved that high level of accomplishment. Well, she is back. Expect greatness from this western (yep, western) from the lady. Cannot wait.

ADAM MCKAY FOR DON’T LOOK UP – This could be the film of the year from Netflix. Written and directed by wunderkind Adam McKay, the film deals with the press tour of a couple of low-level astronomers sent out to warn the world of a meteor headed our way that will end mankind’s existence on earth. Jennifer Lawrence is one of the scientists, Leonardo DiCaprio is the other, each terrified to tell the world what they know. Meryl Streep is the American President in this vicious black comedy with a cast featuring Jonah Hill, Cate Blanchett, Timothée Chalamet, Ariana Grande, Tyler Perry and Gina Gershon.

GUILLERMO DEL TORO FOR NIGHTMARE ALLEY – Del Toro breaks from the supernatural style films he has made in the past, including his Oscar-winning The Shape of Water (2017) which won Oscars for Best Picture and Best director, for this psychological drama. Set in the world of carnival folk, Stan (Bradley Cooper) finds himself against a deadly shrink, Dr. Ritter (Cate Blanchett). A loaded cast could garner a slew of nominees in the supporting categories. Willem Dafoe, Toni Collette, Richard Jenkins, Rooney Mara, Mary Steenburgen, Tim Blake Nelson, to name a few, co-star.

ASGHAR FARHADI FOR A HERO – Ovations greeted this film at Cannes, along with rave reviews. Farhadi could be that lone director from Europe who slips in without a Best Picture nomination, or maybe with one. No question, the man is gifted, his film beloved. He could be the guy this year.

AARON SORKIN FOR BEING THE RICARDOS – Netflix again, and after his superb The Trial of the Chicago 7 (2020), Sorkin will forever be taken seriously as a filmmaker and not just a writer. Though the casting of Nicole Kidman as Lucille Ball troubles me greatly, Sorkin is apparently dealing with the hard-edged Lucy the producer. She was a pioneer in early TV as well as being a major star; this film focuses on the pioneer and her near breakups with Desi. Though worried, I have hope.

DENZEL WASHINGTON FOR THE JOURNAL FOR JORDAN – No question Denzel Washington is a lock for a Best Actor nomination, but he could land in the Best Director category as well for this film. His direction of Fences (2016) was sublime, yet he was snubbed despite a Best Picture nomination. The Academy loves him, he is an actor directing, and we know they love that. We will see.

PABLO LORRAIN FOR SPENCER – His Jackie (2016) was a stunning meditative work about Jackie Kennedy in the immediate days, weeks and months after the assassination of her husband in 1963. Bolstered by an astonishing career-best from Natalie Portman, it was a work of art. Here he tackles Princess Diana and her breakup with Prince Charles.

JOE WRIGHT FOR CYRANO – When in the zone directorially, Wright is among the best in the business, but he can go off the rails too and mess the whole film up. This sounds like a hit simply for the stroke of genius in casting Emmy-laden actor Peter Dinklage as Cyrano, a chance for the actor to grab an Oscar to go with those Emmys. Bravo Joe, brilliant, let’s hope the film lives up to the buzz that’s building. 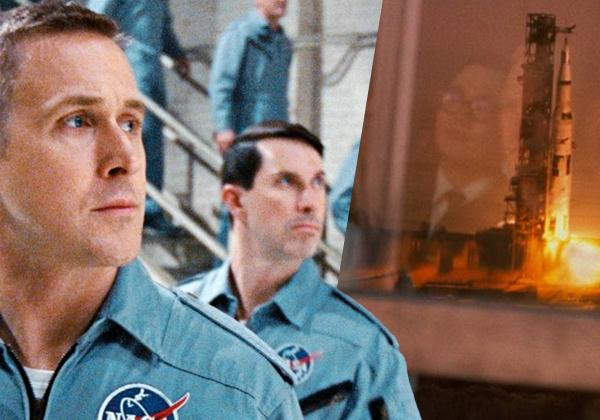 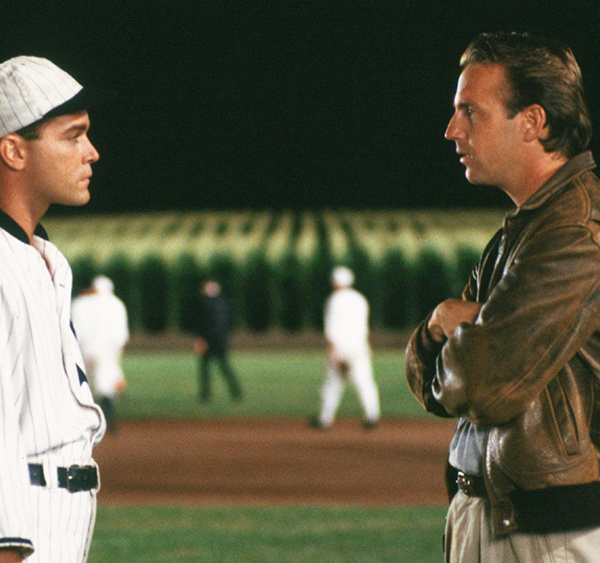