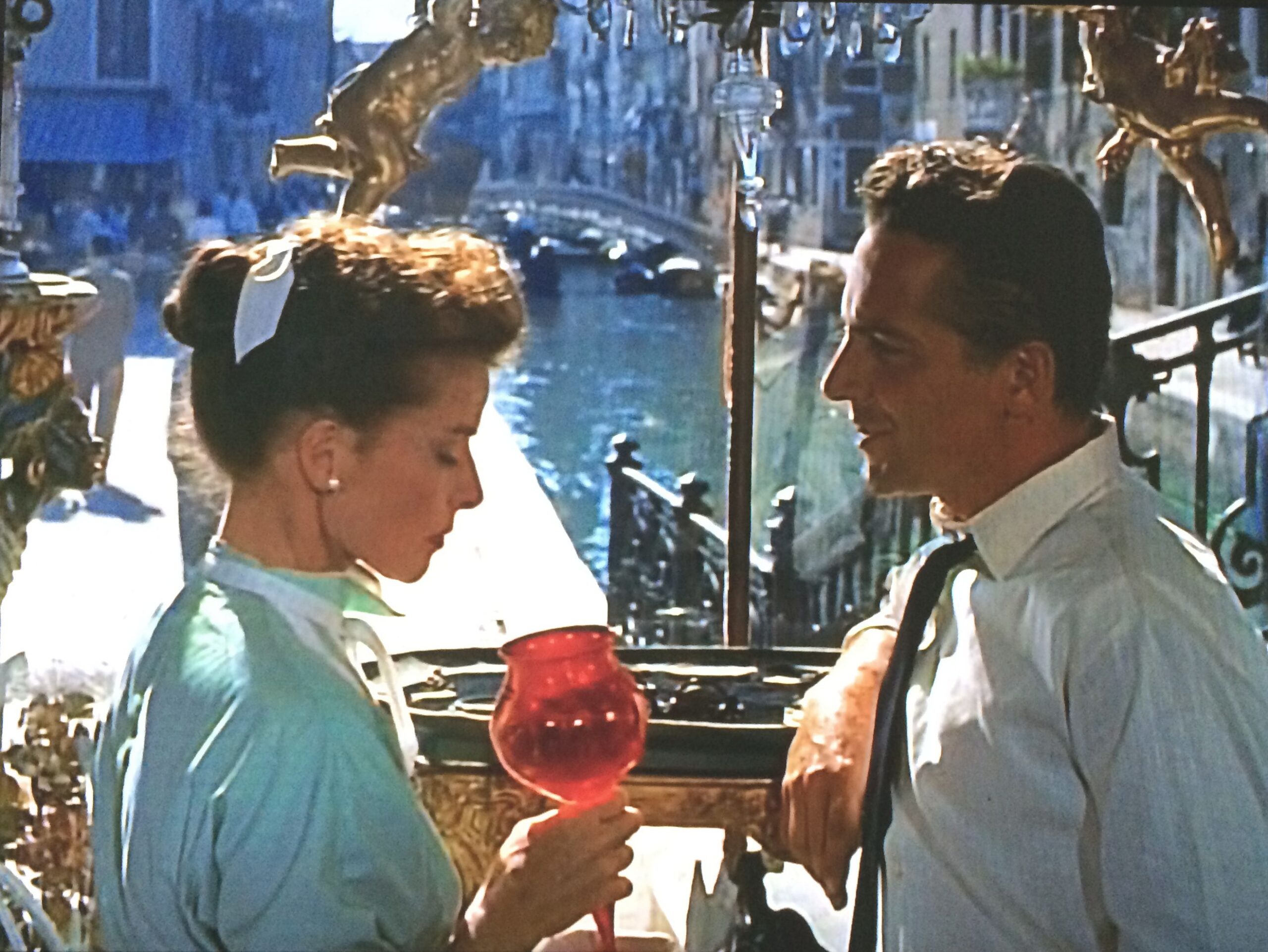 I was working through a list of the great summer films and doing some online research I saw that a lot of other people have had the same idea. So I went for something more literal and pulled together a list of 10 films with the word “summer” in the title that are definitely worth a look (it feels a bit like a category of Jeopardy!). Not all of them are great films, in fact that adjective could only apply to a couple on the list, but they’re all entertaining with some terrific performances and the season – well at least the word “summer” – does play a role in driving the action.

My favorite “summer” titled movie on the list is this small-scale musical from MGM. Directed by Charles Walters and starring Gene Kelly and Judy Garland (in her last film for MGM), it’s a funny, bucolic yet sophisticated movie about a group of New York performers using farmer Judy’s barn to rehearse a show that they’re hoping to take to Broadway. There’s the predictable conflict between the country folk and the city slickers as well as some bumps on the road to love between Garland and Kelly, Eddie Bracken (as Garland’s long time nervous beau) and Gloria de Haven (as Garland’s self-centered sister). Garland delivers a lovely performance here with no signs of the personal challenges she was going through at the time, and Kelly is one of the best screen partners she ever had. The two have a nice, easy chemistry and they are dynamite in their musical numbers – both together and solo. The whole enterprise is a tuneful, colorful and unassuming good time.

Director David Lean, actress Katharine Hepburn and the stunningly beautiful city of Venice are the stars of this 1955 romantic drama that remains one of the most perfect depictions of bittersweet love ever captured on film. Hepburn plays a middle-aged woman, never married, who is travelling from America to Venice for a vacation. She stays at a small hotel where she mixes with the other guests, clearly lonely, but wanting to enjoy herself. She meets a man one evening and keeps running into him, eventually relaxing enough to be wooed by the handsome Italian (played by Rossano Brazzi). They romantically enjoy each others company, but she discovers that he’s married with many children and calls a stop to things. What I love about Summertime is the way that Lean captures both the grace and grit of Venice, and the subtle juxtaposition of American mores with those of Italy. It also features one of Katharine Hepburn’s top performances – she brings the character’s loneliness to life and makes her both prickly and achingly vulnerable.

Outside of Who’s Afraid of Virginia Woolf? (1966), I think Suddenly, Last Summer contains Elizabeth Taylor’s best performance. The film, directed by Joseph L. Mankiewicz, is an intense mixture of psychiatry, homosexuality, cannibalism, greed – heady stuff for audiences in 1959. Based on a play by Tennessee Williams, this is Williams in overdrive in its pairing of southern manners and southern gothic. It’s not quite a horror film, but the treatment he gives his story and characters certainly dials up horrific elements. Katharine Hepburn is very good as the aunt who wants to erase her niece’s memory, but Taylor is an emotional hurricane as Catherine, the niece. Her climatic speech detailing what she knows and what she saw last summer is emotionally exhausting. Nothing Taylor had done previously indicated she was capable of this kind of intensity.

This is an early Ingmar Bergman treat, and one of the most magical and romantic films of the decade. It provided the basis for Stephen Sondheim’s Broadway musical A Little Night Music in the seventies (which begat the classic “Send in the Clowns”), as well as the inspiration for Woody Allen’s A Midsummer Night’s Sex Comedy (1982) which you can read about further down this list. Smiles of a Summer Night is about love, sex, infidelity and family. It’s about old lovers reacquainting, new love blossoming and the wise words of an old woman trying her best help everyone get where they need to go. It really is a beautifully shot and performed film and it’s almost shocking to see Ingmar Bergman in such a romantic, jovial mood. When they filmed the musical version of A Little Night Music in 1977, you could still see the traces of the influence of Bergman’s film, but do yourself a favour and watch the original instead and then play the Broadway cast album. Ignore the movie musical.

This was one of the biggest hits of 1971 and I think it was because of the combination of the nostalgia for a more innocent time and the freedom of seventies cinema in allowing a frank approach to sex. Nostalgia for the pop culture of the 1930’s and 1940’s was huge in the early seventies, just far enough a way in terms of years to be believably romanticized. Summer of ’42 is about a group of friends who are fascinated with girls and sex, set on the island of Nantucket, the ideal location for a summer filled romantic romp. Hermie (Gary Grimes) is the leader of the group and he becomes involved with an older woman, played by Jennifer O’Neill. This is played out against the nagging knowledge that WWII is happening in real time, which has a direct impact on O’Neill’s character. Directed by Richard Mulligan, this is probably his best film since To Kill a Mockingbird (1962). Michel Legrand composed the Oscar wining score, which contains the evocative “The Summer Knows”.

The hypocrisy of the 1950’s approach to class, sex, divorce, and teen love reached its apex with this melodramatic look at two middle-aged marriages that define dysfunction, and the two teenaged children from those marriages who fall in love. Dorothy McGuire and Arthur Kennedy are the owners of an inn in Maine. He’s an alcoholic who has drank through the family fortune. They have a teenaged son, played by Troy Donohue. Richard Egan is former acquaintance who’s come back to the island with his wife (Constance Ford) and daughter (Sandra Dee). Turns out that McGuire and Egan are former lovers and, well, things dramatically spin out of control from there. This isn’t a very good film, but it’s completely entertaining and fascinating in the way it tries to position desire and emotion as negatives to be avoided at all costs. Sex never got such a bad rap as it does here. In addition to the popularly (at the time) of Dee and Donohue, what propelled this one to major box office success was the theme song, the biggest hit of year.

Sweat. That’s the one thing I remembered after seeing this film for the first time was how much sweat some of these characters had to endure. I also remembered the movie as an amusingly melodramatic take on the not so old south, a kind of low brow cousin to Cat on a Hot Tin Roof. The film was pulled from a few stories by William Faulkner and it tells the story of the Mississippi based Varner family after a drifter (Paul Newman) shows up. Orson Welles plays the patriarch of the family and sees Newman as a better choice to lead the family once he dies, rather than his own son, played by Anthony Franciosa. He pushes Newman to take an interest in his daughter, played by Joanne Woodward. Also in the cast are Angela Lansbury as the mistress of Orson Welles’ character and Lee Remick as his other daughter. The film is entertaining and well directed by Martin Ritt and this helped get him back on the Hollywood map after some years of blacklisting.

This one usually falls far down the list of the great Woody Allen films, and it wasn’t a huge success when it was released in the summer of 1982. But watching it again 39 years later it’s actually a funny, magical sweetly anachronistic look at love in the early part of the 1900’s. Owing a huge debt to Ingmar Bergman’s Smiles of a Summer Night and Shakespeare’s A Midsummer Night’s Dream, Allen’s film concerns a group of free thinking adults who converge for a summer weekend in the country where sex, mysticism and a confusing roundelay of couplings play out over a few days. Although set in the early part of the last century, the dialogue and situations are very contemporary which is part of the fun. The film is beautifully shot by Gordon Willis (the night scenes are gorgeous) and well performed by Allen, Jose Ferrer, Mary Steenburgen, Julie Hagerty, Tony Roberts and Mia Farrow in her first starring role in a Woody Allen film. The score features many classical compositions, which add to the fairy tale nature of the setting and perfectly fit the climax of the film. 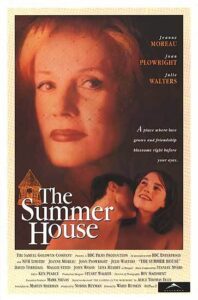 Not too many people will have heard of this one and there really is no connection to summer other than a key scene that takes place in the summer house at the home where most of the action is set. Set in a grey England of 1959, it’s about a woman who is marrying the boy next door, who still lives with this mother (Joan Plowright), although she would rather just become a nun and contemplate the erotic six months she spent in Egypt. But her mom (Julie Walters) is determined the wedding move forward. The action really kicks into high gear when an old school friend of Walters’ character – played by the fabulous Jeanne Moreau – shows up. She immediately sees that the wedding shouldn’t take place and stars working to make that happen. This is a slight film, but it’s very funny and there is something blissful about watching two pros like Plowright and Moreau do their thing.

The link to summer in Summer Wishes, Winter Dreams doesn’t really go beyond the greeting card title. But in this tale of midlife crisis, summer represents the positive past and hope for the future, however indirect. Joanne Woodward stars as well-heeled New York wife whose days are routine, her thoughts are of regret and what she has missed. After her mother (a terrific Sylvia Sidney) passes away, she travels to Europe with her husband (Martin Balsam) where he confronts his own midlife crisis. It’s more than a little soapy, but it’s still a bit of a gem thanks to the performances of Woodward and Sydney, both of whom were Oscar nominated. 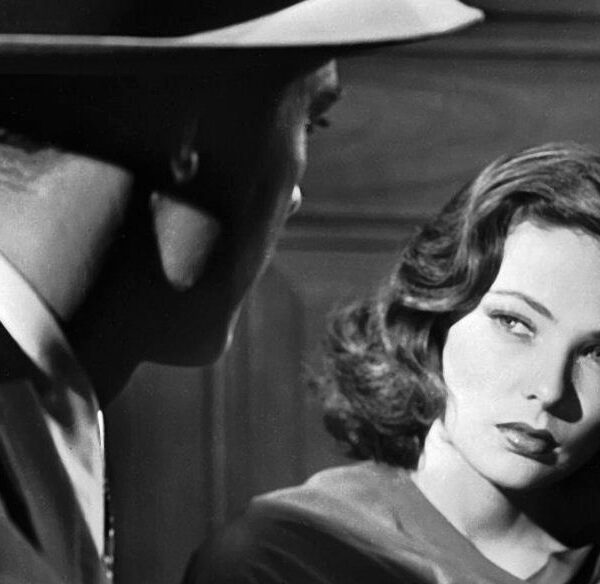