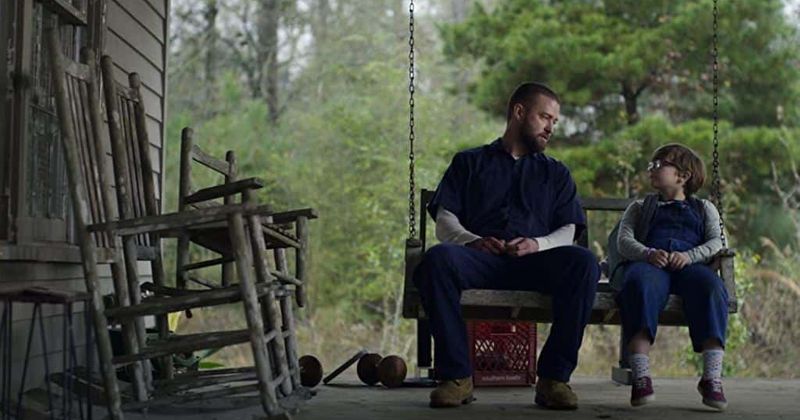 Justin Timberlake is a massive talent.

The man can dance, sing, is confident, good looking, and an exceptional actor as he has proven in supporting roles in Alpha Dog (2011) and The Social Network (2010) as Sean Parker. He is so good in Palmer his performance threatens (and does) elevate the movie from its cliché ridden roots. There is not a single moment when I did not believe Timberlake in the part of a former high school football hero who goes off on a college scholarship, gets hooked on pain pills, falls in with the wrong people and makes a series of bad choices that land him in prison. 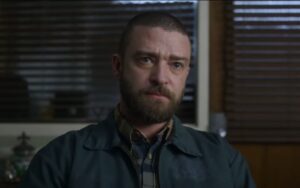 As Eddie Palmer, a model prisoner, he simply wants to get on with his life, returning to the small southern town where he grew up to live with his grandmother, lovingly portrayed by June Squibb, who it turns out is watching over a little boy staying in a trailer on her land.

Under the care of his drug addict mother, Sam is often abandoned to fend for himself, taken in by Eddie’s grandmother. Sam (Ryker Allen) is a polite 7-year-old who refuses to conform to his gender. He plays with girls’ toys, dresses in girls’ clothing, wears barrettes in his hair, enjoys tea parties, and religiously watches his favourite cartoon Sky Princesses. When Palmer takes him to a football game, Sam is more interested in watching and emulating the cheerleaders, making the gentle little boy a target for tormentors. Left behind by his mother, off with her boyfriend on a road trip, more of a drug induced haze, Palmer bonds with the boy, becoming his friend and protector.

“You know you’re a boy, right”? Sam is asked by Palmer. And of course he does. Further queried if he sees any boys on the TV show he adores, the little boy answers with genuine optimism, that “I could be the first.”

Realizing the little boy has a rough road ahead of him, with an absent drug addict mother, an abusive stepfather, no clue as to his gender but happy in who he is, and leaning towards being a girl, the kids joy about life, his positive attitude begins to rub off on Palmer. Though many church goers in the town do not believe an ex-convict has any business around the boy let alone raising him, it becomes clear Palmer and Sam were born for each other, each being the best thing to happen to one another. Palmer works hard at the school as a janitor, the best job he could get, and seems to enjoy the children.

After his grandmother passes away, Sam is left with Palmer and though each has their guard up, it slowly drops, and a warm relationship begins to evolve. Just about that time, Sam’s mother comes home with her raging man, an abusive bully who bats her around. Palmer will not have it, and with the help of a pretty school teacher, Maggie, who has a thing for Sam, he makes plans to become his guardian. Though he nearly lands back in prison in defending the boy, he luckily catches a break.

Timberlake exudes decency as Palmer, a man seeking redemption for his actions, never hiding what he did. That he discovers the redemption he seeks in a 7-year-old little boy, effeminate, who loves fairies on TV is a surprise, but the great gift of the film is they let Sam be Sam. The town looks down on the child, just as they do Palmer, until people realize they are the best things to happen to one another. Timberlake gives an honest pure performance, often very touching in all the right moments.

Ryker Allen is a revelation as Sam, who we know loves Palmer long before Palmer loves the boy. It is a brave, honest performance from a young man we will see again.

While clichés bog the film down, the acceptance of Sam by Palmer, the mother of the boy’s friends and his teacher, allow the film to soar at times. 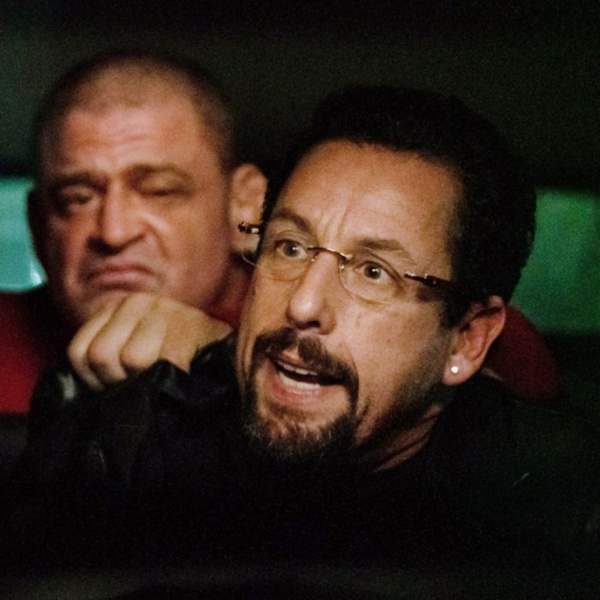 THE EVOLUTION TO GREATNESS OF ADAM SANDLER