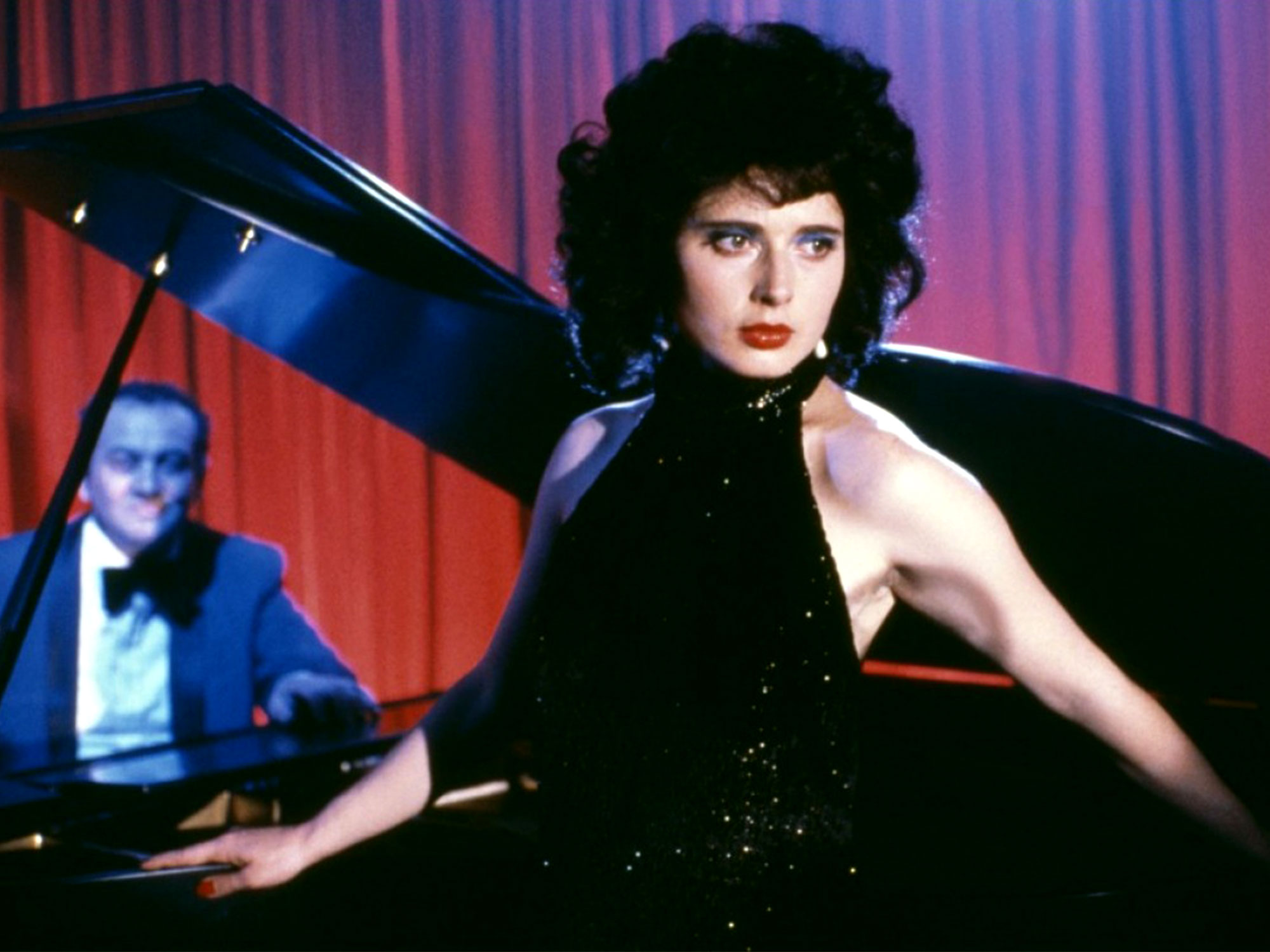 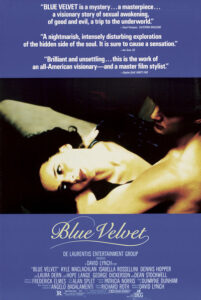 After the acclaim he received for his first feature made for a studio, The Elephant Man (1980), David Lynch took on the massive science fiction epic Dune (1984) with an expansive look at the universe, complicated visual effects, and a huge budget. Based on the huge novel by Frank Hebert, Dune was among the most expensive flops of the decade and Lynch was very publicly spanked. The blame for the debacle was laid at his feet, unfairly, and suddenly Lynch was box office poison, and the studios turned their back on someone who was a golden boy just a few years earlier. That was a lesson in how fast it can happen.

Lynch decided to go back to his roots in independent, experimental cinema, the style with which he had created Eraserhead (1977), a cult classic by the mid-eighties. Lynch believed he was safe in the Indy world, and he believed this new film belonged there.

Blue Velvet (1986) was exactly that, a surrealistic noir that explored the ugly underbelly of an all-American, Norman Rockwell based town, Lumberton. No year is given in which the events take place, the costumes span the fifties through the eighties, the cars the same, the colors of the homes and near glowing white picket fences impossibly bright, the sky positively blue, not a cloud in sight. In the opening of the film we see just that, a man out watering his lawn, the grass fresh cut and beautifully green, the fence perfectly white, the flowers stunning in their bloom. A fire truck drives by, the red shockingly beautiful (overuse of that word but…), the men waving to the man on the lawn indicating everyone knows one another. Suddenly the man grabs his arm and the back of his neck, falling to the ground, the spraying hose with him. The camera plunges beneath the beauty of the surface to what lurks beneath the ground, showing the bugs and rot that exist there. In those opening scenes Lynch is telling us what the film is about, and he then proceeds to deliver one of the most compelling, chilling and terrifying films ever produced in the American cinema.

Jeffrey (Kyle McLachlan) has come home from college to help his mother after his father’s stroke. The man watering his yard, in those beautiful opening scenes is his father. Jeffery is a nice all-American kid, but like every other character and aspect to this film, he too possesses a dark underbelly that even he does not know about just yet. While walking through a field he discovers a human ear and takes it to the police, who tell him nothing, but he takes it upon himself to investigate. By doing so he is drawn into a world in his small town he never knew existed, one of drugs, perverse sex, and brutal violence. He is drawn close to a dangerous man named Frank.

It turns out the ear of the man found has been kidnapped by Frank and is being held hostage and tortured. With him is his son, and his crime seems to be being married to Dorothy Valance (Isabella Rossellini), a beautiful night club singer Frank has fixated upon. Jeffrey breaks into Dorothy’s apartment one night and hides in the closet to witness Frank rape Dorothy, berating her with insults, horrific names, the sex angry and rough as Frank is obviously in a drug delirium. When finished with her, he tosses her aside like garbage and leaves to return another night. Dorothy and Jeffrey begin an affair that takes Jeffrey into the world of rough sex, Dorothy demanding in bed that he hit her.

As Jeffrey is also involved with the pretty blonde daughter of the police chief, Sandy (Laura Dern), who is oblivious to the affair until one terrible night.

Before that Jeffrey is caught by Frank leaving Dorothy’s apartment and taken on a joyride with his new “friends”. They go to a bizarre brothel, where the prostitutes are enormous in their girth (OK fine, obese), the place run by an effeminate host, Ben (Dean Stockwell), who over and over is called by Frank “suave” for his manners and elegant dress. Ben is involved in some manner with Frank’s crime business, but we never learn how exactly how deep his involvement extends. We do know he is holding Dorothy’s son hostage. Popping a pill into Frank’s mouth, Ben grabs an old car flashlight and turns it on illuminating his face as he lip synchs to the Roy Orbison classic “In Dreams”. The sequence is among the most dread mounting sequences in a modern film, as we see the effect it is having on Frank with each passing second.

Soon they are back in the car and both the audience and Jeffrey experience the madness of Frank, as he beats Jeffrey to a pulp, kissing him with thick red lipstick, humiliating the young man both emotionally and physically.

The police close in on Frank until finally they take down the gang, with Jeffrey shooting Frank in the head when discovered in the closet, though Jeffrey’s actions proved to be both dangerous and reckless. He and Sandy reunite and by the end of the film are once again a happy couple, the madness beneath the veneer of that town, behind them.

Though David Lynch gave this film his signature strangeness, the performances within are uniformly superb. Yes, there is something very odd about each character, but it is that very fact that helps to draw us into their story.

Let’s begin with Dennis Hopper as Frank, one of the most ferocious, raging performances ever put on film. Frank is a violent, incredibly dangerous madman, strung out on drugs with a small canister of nitrous oxide strapped to his hip. When we hear that gas turned on and the mask brought to his face, the moments become alarming because something terrible happens when he inhales that gas. In a word, Frank is repellant, one of the most appalling, horrific villains in the history of the cinema, and Hopper had the courage to portray him with no apology. We begin to tense up whenever he appears on the screen, so monstrous is this performance. Having finally kicked drugs, Hopper campaigned for the role because he believed he knew the character too well. Curious, Lynch cast him and turned him loose, often not letting the other actors know what he was unleashing. Hopper knew this was the greatest role of his lifetime and he gave himself over to it. His eyes are fully ablaze when attacking someone, anyone, either verbally or physically. Even his gang fears him. That scene with Stockwell might be the most alarming sequence in modern American film, we just can feel something terrible is coming, and yet Stockwell pretends to croon, seemingly blissfully unaware of Frank’s madness. Incredibly, though he won prizes from the L.A. Film Critics Association and the National Society of Film Critics as Best Supporting Actor, the Academy lacked the guts to honor Hopper as he deserved. Instead, they nominated the actor for another film he had made that year, Hoosiers (1986), in which he portrays a recovering drunk coaching a basketball team along with Gene Hackman, based on a true story. Hopper’s performance in Blue Velvet might be the second greatest supporting performance in the history of movies, bested only by Robert Duvall in Apocalypse Now (1979). Darkly brilliant, alarming in its raw intensity, Hopper is simply terrifying.

Dean Stockwell is terrific as Ben, “so fucking suave”, as dangerous as Frank but not approaching the madness or sadism of his friend. Stockwell too should have been a nominee for Best Supporting Actor, his lip synching is unnerving, building a terrible foreboding of doom.

As Dorothy, Rossellini is superb, both deeply sexual and yet damaged, her need for pain an act of punishment I think. Unlike most popular actresses of the eighties, skin and bone, Rossellini had curves, a beautiful body, the body of a woman, and she looked spectacular. We see her Dorothy is damaged, wounded by life, but she is also a fighter, willing to do unspeakable things to regain her child. She was in her mid-thirties when she made this film, which required her to appear fully nude at one point having escaped one of Frank’s beatings and rapes, running straight to Jeffrey’s house.

Jeffrey, portrayed by young McLachlan, is the most bland of the major characters, but I suppose that was on purpose, in order to shock us about the world he will be dragged into, and accept. Dressed as Lynch himself dresses, it is no shock that he was a surrogate for the director and perhaps Lynch was creating something more true to life than we realize.

Though he was almost silent through the film, I quite liked Brad Dourif as one of Frank’s goons. Moving snake like through the film, he is as dangerous as Frank needs him to be and does the bidding of his boss without question.

Is it all a dream? Some kind of warped nightmare in the mind of Jeffrey or his father? It feels like one, the images surrealistic and haunting, never quite attached to real life. Can anything truly be real life again after the experience they have all had? Jeffrey has stared into the eyes of a man who was pure evil; how can one ever recover from that? Two sequences feel dreamlike, the one aforementioned in the establishment Ben operates and the second, again we hear “In Dreams” played outside on a car radio, doors open. One of the hookers climbs on top of the car and lazily gyrates to the music, a grotesque image, as Frank kisses Jeffrey with garish red lipstick before beating him senseless. It plays like a nightmare, detached from reality, though we see the aftermath and indeed Jeffrey was beaten savagely.

Blue Velvet remains among the most divisive yet admired films of the decade and remains the finest film Lynch has made. A demanding work of art that asks for patience and a clear eye. Seeing it is like a haunting dream you cannot shake, you will not soon shake the film either, nor Dennis Hopper’s astonishing performance 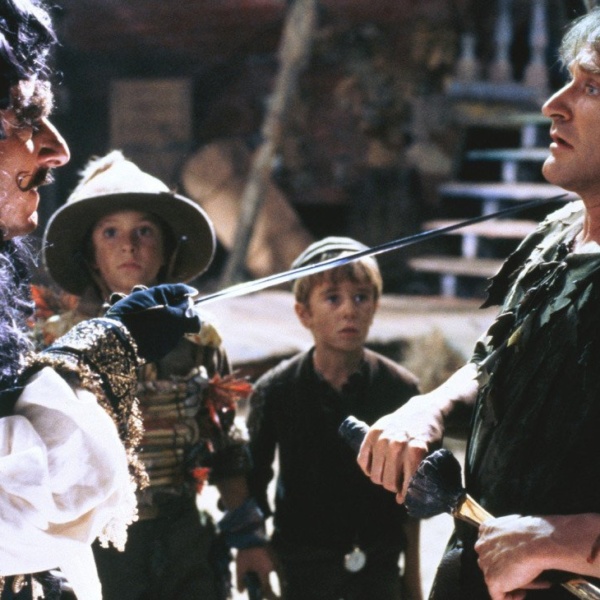 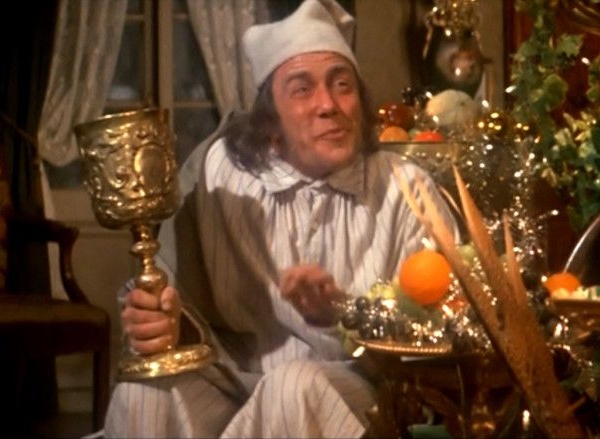