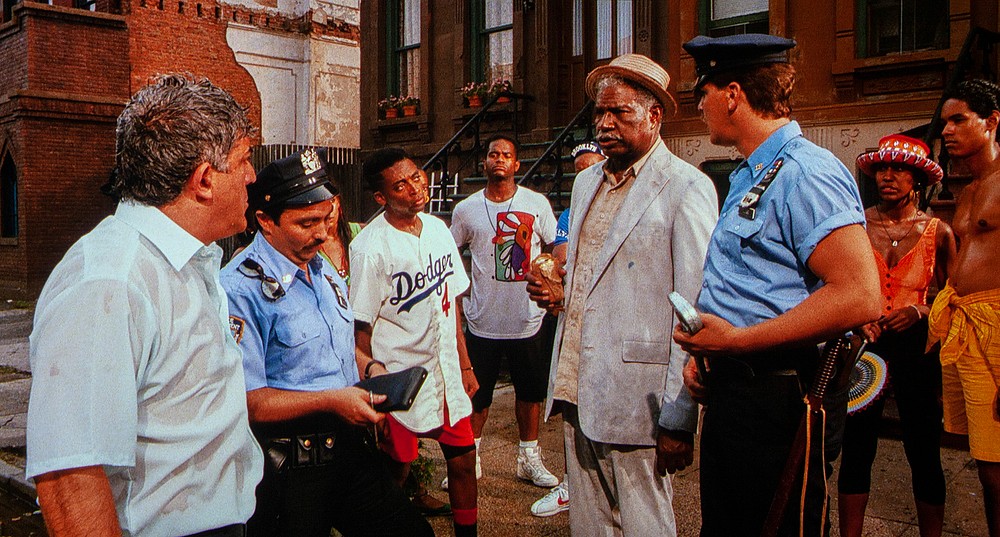 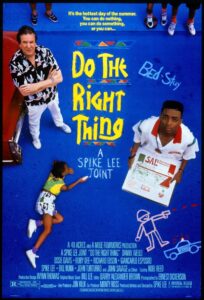 Spike Lee became the voice of African Americans in the eighties, making films about black people, created by people and for black people, but in a unique way he spoke to all Americans willing to embrace his work. There was a barely concealed anger in his work, and with Do the Right Thing it exploded across the screen with a raw, visceral incendiary power rarely seen before. Elia Kazan had shown how powerful message cinema could be in the fifties, and Martin Scorsese, Sidney Lumet, and several other directors took it to greater heights throughout their careers. After emerging a few years earlier, Lee became an important American filmmaker and Do the Right Thing exploded at Cannes with a fury and such bold confidence it both delighted and stunned audiences. But then it lost the festival’s top prize to sex, lies and videotape (1989) and Lee cried racism as he would do often in his career.

Lee has directed some of the finest films and documentaries in American cinema in the years spanning 1987-2019 but has always struggled to gain the attention of the Academy. Does that matter? When so few black filmmakers have been acknowledged by the fickle Academy, you bet it does. Consider the following. Lee was nominated for an Academy Award for his screenplay for Do the Right Thing, and the white actor Danny Aiello was up for Best Supporting Actor. That is it. His epic biography Malcolm X (1992), an extraordinary film, was nominated for a measly two Academy Awards – Best Actor and Best Costume Design – a horrible slap in the face to the director who now should have been a Best Director nominee twice by 1992. The Academy ignored him until 1997 when his splendid documentary Four Little Girls was nominated as Best Feature Documentary, but Lee might have cost himself an Oscar stating after being nominated against a Holocaust documentary that “we got no chance.” His finest film, the astounding, massive yet intensely intimate documentary When the Levees Broke (2005) about the impact of Hurricane Katrina on New Orleans, was snubbed completely and Lee did not get near the Oscar race again until 2018 when his superb film BlacKkKlansman (2018) (correct spelling), garnered the director his first nomination as Best Director, along with a nod for his screenplay. Winning for his screenplay he stormed the stage, giddy and thrilled that he had finally won an Oscar, but walked out in a rage a few moments later when Green Room (2018) won Best Picture.

Lee had been given a Lifetime Achievement Award from the Academy in 2017 and it was interesting to see him nominated as Best Director the very next year, ironic to be clear.

I interviewed Lee a few times through my career and the first time I expected an angry black man who hated the whites. Count me shocked when I encountered an intelligent, soft and well-spoken, and generous director who did not have a trace of racism. I liked him very much and he appreciated what I said about his films especially Malcolm X, one of the great films of the last 50 years.

He tenses visibly when discussing Do the Right Thing, perhaps because as a filmmaker he knew what a great film it was, and to sit by and watch Driving Miss Daisy win Best Picture must have hurt, deeply. Driving Miss Daisy is a fine film, luminously acted by Jessica Tandy and Morgan Freeman, but there is no chance it was the year’s best film, not in a year that had Do the Right Thing.

Many mistakenly believe that the film deals specifically with black-white relations but that is simply not true. The film instead deals with ALL forms of racism and, at various points in the film, racial minorities deliver a raging diatribe of racial slurs directly to the camera. It is quite extraordinary.

The film deals with a day in Brooklyn on the hottest day of the year in New York City. In a predominantly black neighborhood Sal (Danny Aiello) and his two sons, one racist, one not, an Italian family, operate a pizza parlor. You can take out, have it delivered or sit in one of the booths where the walls are decorated with great Italian Americans. Because Sal has always been there, he is treated with caution but respect by the blacks in the area, they like him, but do not necessarily trust him. Working for Sal is young Mookie (Lee), a delivery man trying to be a father to his child and a decent boyfriend to his girl, portrayed with a bristling hostility by Rosie Perez, the dancer over the opening credits.

Over the course of the day we encounter many of the people in the area, all who seem to know one another, and either like each other or who clearly do not. Lee masterfully builds the tension throughout the film, you know something terrible is going to happen, you can sense it, you can feel it. When two militant characters – Buggin’ Out and Radio Raheem – walk into Sal’s pizza place demanding that he decorate the wall with brothers as well as Italians, the match is lit. Sal cannot control his rage and explodes calling the young men the dreaded “n” word. He smashes the huge radio Raheem carries on his shoulder, attacks the massive Raheem, and the police are called. The fight has spilled outside attracting onlookers when the police arrive, and Raheem is held in a choke hold by the police, meant to calm him down. Instead he dies, and the onlookers see that this has happened. Worse, the cop who killed him is white.

It is Sal’s employee Mookie who starts the riot, throwing a garbage can through the windows of the pizza place, causing mayhem, and the place is torched. 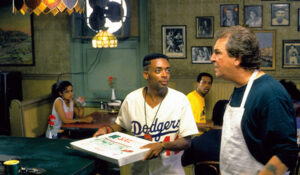 Realizing his mistakes, Sal returns the next day but knows he is finished here in this part of town, there is no way he can erase what happened the previous night, and no chance the people will ever forgive him for what happened. Was Sal racist? He talks about watching the young black people grow into adults for the 25 years he has owned the place, but does he really like them? He certainly has an interest in Mookie’s sister doesn’t he. But his explosion at Raheem suggests what we have suspected through the film, that Sal was a simmering cauldron of rage about to explode. Lee never demonizes the character, but portrays him for what he was, a hardworking man who owns a business that is an island in the area. He stands out because of his color, just as everyone who enters the shop, to him stands out because of their color. His sons are radically different: Pino (John Turturro) is racist, yet contradictive as his favorite basketball player is Michael Jordan and he likes the music of Prince. His younger brother Vito (Richard Elson) is color blind and gets along with all the customers, black or white.

Granted, Buggin’ Out (Giancarlo Esposito) is a motor mouth with a deeply political agenda, and he takes Raheem (Bill Nunn) with him for muscle, and to antagonize Sal with his blasting radio, but neither young man deserves what they get. The moment Sal calls Raheem a “nigger” he has lost the business anyway, the scorching of the earth that follows explores the intensity of the hatred the blacks might have for him.

Spike Lee is not a natural actor and is very limited in his gifts. But he makes Mookie his own and gives what is the finest performance of his career.

You cannot come away from a screening of Do the Right Thing without an opinion and deep feelings about the film. Yes, black-white relations are placed under a microscope and we realize at the end of the film, no one can come back from what has happened, no one. But has America ever really come back from the Civil War? From the fact Southerners owned slaves, owned fellow human beings? Can American ever conquer that Holocaust? Can they ever bounce back from the Civil Rights Movement in the sixties? And now with former President Donald Trump having fanned the flames of hatred and racism, can it again be fought with no violence?

Beyond the hate, the violence, the riot, the killing and the fire, is that not what Spike Lee is asking, really?

Do the Right Thing is a searing masterpiece that answers as many questions as it asks, and frankly it was too hot for the Academy, it scared the hell out of them. So, it should, but it deserved to be a Best Picture and Best Director nominee and it is to the eternal shame of the Academy, that they snubbed the film and Spike Lee. 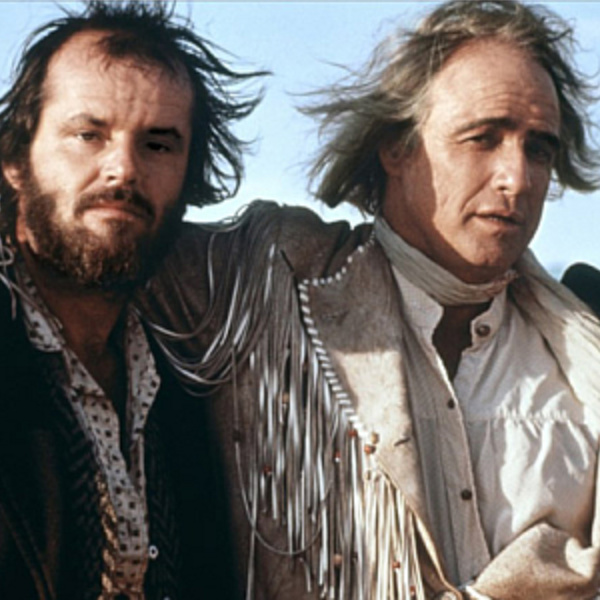 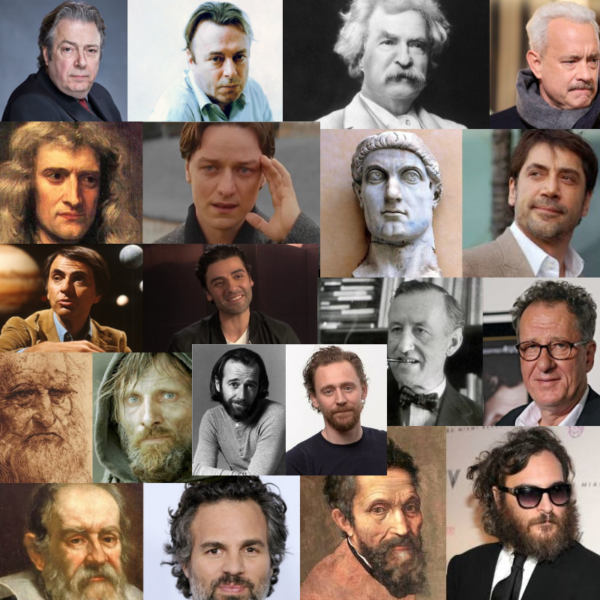