For most of 1940’s and into the early 1950’s Gene Tierney was a major Hollywood presence, but today even casual movie buffs look vacant when you mention her name. Her personal troubles forced a withdrawal from filmmaking around 1955 and, despite a few forays back on to a soundstage in the early 1960’s, she never again reached the zenith that she enjoyed in her golden period that began with Ernst Lubitsch’s Heaven Can Wait (1943) and started slowly winding down after The Ghost and Mrs. Muir (1947). 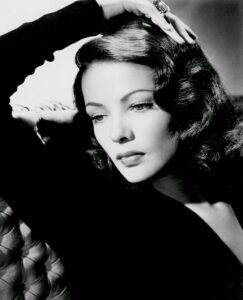 What made Tierney stand out for me was the fact that she was one of the most stunningly beautiful stars of that period, and you could see from film to film her significant growth as an actress. She may have been little more than window dressing in her first few films, but that beauty combined with a subtle but steely streak of independence made her increasingly fascinating to watch on screen.

Tierney was born in Brooklyn, New York in 1920 and enjoyed a privileged family life – private schools, trips to Paris and even Hollywood where, during a visit to the set of The Private Lives of Elizabeth and Essex (1939), director Anatole Litvak saw her and, as clichéd as it sounds, said she should be in the movies. She had a screen test the following day where she recited a Dorothy Parker monologue, and by that evening she was offered a contract at Warner Brothers. But her father was having none of that and insisted she return back to New York with the family to make her society debut. Tierney didn’t have much use or interest in life as a debutante so she focused on Broadway and modelling. She quickly made her Broadway debut in 1938 in What a Life!, understudied in Primrose Path, and had a featured role in Miss O’Brien Entertains in 1939. She then enjoyed a significant success in The Male Animal (1939), and was featured in Vogue, Life and other magazines of the day.

It was during her run in The Male Animal that she caught the attention of Daryl F. Zanuck and 20th Century Fox. She was offered a contract and this time she took it, making her film debut in The Return of Frank James (1940) with Henry Fonda. Director Fritz Lang put the cast through its paces but Tierney was eager to learn. She was then co-starred with Paul Muni in Hudson’s Bay (1941) and was in John Ford’s adaptation of Tobacco Road (1941).

Her first leading role was in Belle Starr (1941), a highly fictionalized biography of the wild west outlaw. Not ideal casting with the sophisticated Tierney. A few more films followed where she didn’t make much of a mark, but that shifted with Heaven Can Wait. It’s a dated and slightly misogynistic premise now, but Tierney looked dazzling and made a strong impression as the wife of philandering Don Ameche. This is one of Lubitsch’s best films and it was good to see Tierney in such elegant surroundings and managing to hold her own.

Her big leap forward came the following year with the title role in Otto Preminger’s Laura (1944), one of the great noir mysteries of the decade. Laura (Tierney) is presumed dead at the beginning of the film but her seductive, haunting portrait causes her to become an obsession for detective Dana Andrews. When Laura/Tierney finally makes her appearance, we understand the reason for Andrews’ obsession. Tierney’s cool and aloof take on Laura are perfect. 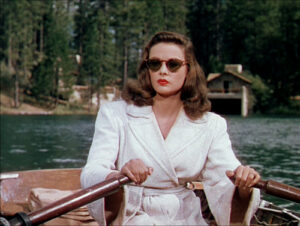 She received her only Oscar nomination for her next film, the supremely melodramatic but all together fascinating psychological study Leave Her to Heaven (1945). This is one of my favourite films of the decade and Tierney is wonderful as the beautiful but disturbingly possessive Ellen. The film has an emotional, over the top score, vibrant color photography and is filled with scenes that showcase Tierney’s ability to communicate the lengths the emotionally unbalanced Ellen will go to keep her husband (Cornel Wilde) to herself. The chilly stillness as she watches her husband’s handicapped brother drown and her deliberate fall down a flight of stairs to abort her baby are perfectly executed.

Her rise as 20th Century Fox’s top dramatic star continued with two top tier productions in 1946: The Razor’s Edge and Dragonwyck. The Razor’s Edge is a solid, well produced adaptation of W. Somerset Maugham’s novel and Tierney is very good as the spoiled, superficial woman at odds with Tyrone Power’s spiritual journey. Dragonwyck is an eerily atmospheric story of a young woman in the mid 1800’s having to face the addictions and delusions of her tyrannical husband (Vincent Price). Set in a big rambling house on the Hudson river, complete with a ghost, stormy nights and the very creepy Vincent Price, this is one of the great gothic romances and one of Tierney’s strongest performances.

A ghost also figures prominently in the well-remembered and thoroughly romantic The Ghost and Mrs. Muir (1947) with Tierney as a widow with a young daughter (Natalie Wood) who encounters the ghost of a sea captain in the house she’s just rented on the coast of England. Rex Harrison played the volatile and charming ghost, but this is Tierney’s film all the way. She makes Mrs. Muir a strong and independent woman, many years ahead of her time. The film is essentially a comedy, and Tierney seems to be having a terrific time in her scenes with Harrison.

There were other good films that followed – Whirlpool (1949), Night and the City (1950), and The Mating Season (1951) – but the spark that was so present in her earlier films, had dimmed. She was still beautiful, but something had changed.

Tierney had married designer Oleg Cassini in 1943, causing a rift with her parents who didn’t approve. But Tierney was in love and the couple were soon expecting their first child. Tragedy struck when Tierney contracted Rubella at the Hollywood Canteen. Her daughter was born prematurely, suffering form severe mental challenges, and had to be institutionalized. The trauma was made exponentially worse when Tierney received a letter from a fan letting her know that she had met Tierney at the Hollywood Canteen, despite being told she needed to quarantine because she had Rubella. Tierney and Cassini had a second child in 1948.

Tierney had been suffering bouts of depression and anxiety, which became worse after her divorce in 1952. She had brief affairs with Spencer Tracy and Clark Gable, her co-stars in two films, as well as John F. Kennedy, but her bouts of depression (eventually diagnosed as bi-polar disorder) began affecting her work. She sought help and her successful treatments sidelined her career for years. She eventually remarried – happily – and did get lured back to the screen for a few films in the sixties, most memorably in Otto Preminger’s Advise and Consent (1962) where she played a member of the Washington social set. Her final appearance was in Scruples, a 1980 TV miniseries.

If you want to see Tierney and get sense of the vital screen presence she was, these are her essential performances in order of my personal preference: 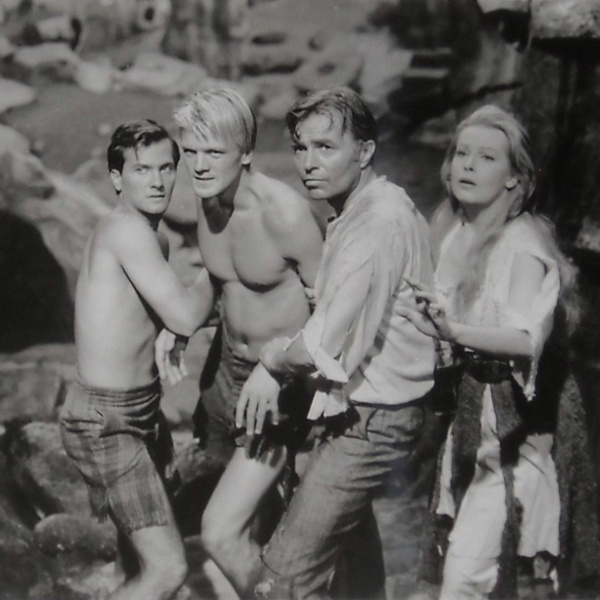 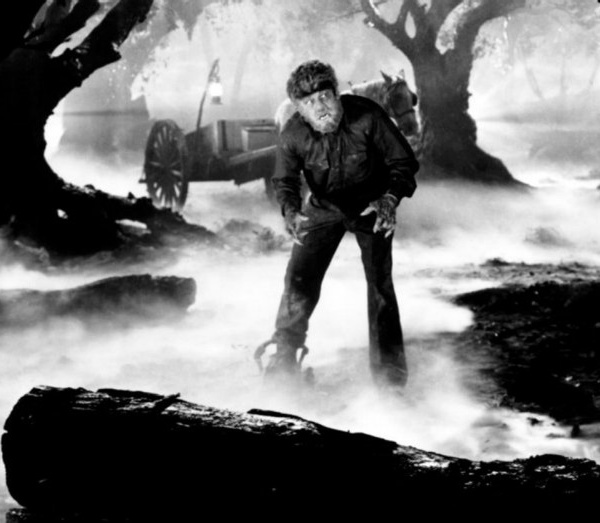 WHAT FILMS SCARE ME?