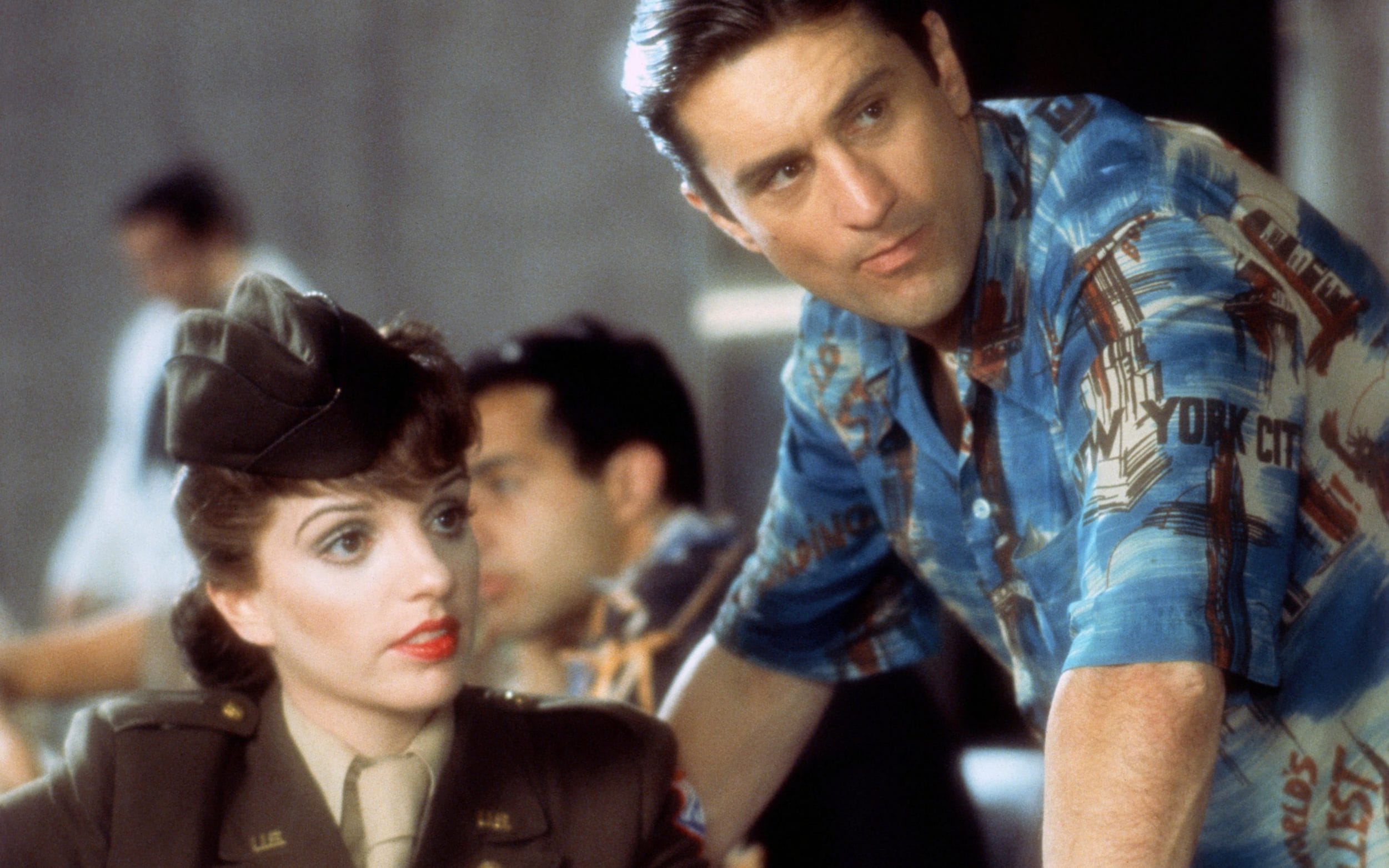 Let me begin by stating that the extraordinary iconic title song of this film, a huge part of the very identity of New York City was ignored as a nominee for Best Song. So too were any of the songs from Saturday Night Fever (1977) that same year, but ignoring the soaring song “New York, New York” feels, frankly, obscene. It has become one of America’s greatest tunes and to be so callously ignored while tripe like “You Light Up My Life” won Best Song? Please.

Martin Scorsese’s gorgeous surrealistic musical, a salute to the big bands of the post war era and colour musicals of the forties in post war America has been restored to its original length, songs restored and had this been the version released into theatres in 1977, it might have very well been hailed as what it is, a near masterpiece. Undeniably flawed, yet still striking in its beauty and daring, the handsome film finally undone by a performance from that generation’s greatest actor, Robert De Niro.

Opening on V Day, the celebrations pour into the streets, men and women dancing in delirious joy while Jimmy (Robert De Niro) hits on Francine (Liza Minnelli). Over and over to the point ten minutes into the film he is a huge irritation leaving us wondering what any woman would see in this frenetic borderline stalker. Yet they get together, and Francine finds fame as a singer while Jimmy struggles, his ego and temper his enemies. Francine is such a sweet woman we wonder what she possibly sees in the boorish Jimmy. Their marriage in shambles, they go their separate ways, she doomed to always hold a place in her heart for him.

She becomes a major star while Jimmy, his own worst enemy, finds limited success but nowhere near the level of fame Francine achieves.

Using stylized sets, giving the film a sense of being a dream, challenged audiences and many did not know what to make of the picture. Rather than seeing it as bold and inventive, critics attacked Scorsese for being pretentious, which he simply was not. 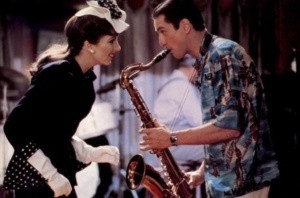 The performances are an interesting discussion. Minnelli had won an Oscar, much deserved, for her stunning performance in Cabaret (1972) but was limited in her talents. She could do as Streisand could, break free of her persona and give a deeply dramatic performance with the right material. Well, so it was believed. She had struggled finding the right role after Cabaret, a miraculous piece of acting. Lucky Lady (1975) tanked, making many 10 worst lists, rightfully so, while A Matter of Time (1976) was even worse! Yet, under the guidance of Scorsese, she was again luminous, giving a brilliant performance which deserved at least a nomination for Best Actress. Her Francine was a decent girl, a good patriotic girl, blessed with a huge voice and poor taste in men. Minnelli infuses her with a life force, we simply cannot take our eyes off of her, yet we wonder why the hell she chooses to be with Jimmy? What do such exceptional women see in such pompous louts?

De Niro was by this time a major new force in the acting world, winning an Academy Award for Best Supporting Actor in The Godfather Part II (1974) and giving a critically acclaimed performance for the ages in Taxi Driver (1976). He had faltered in The Last Tycoon (1976), lacking the romantic charisma as a romantic lead. As Jimmy, in this film he was annoying in the first 30 seconds of screen time, and it just got worse. Arrogant, abusive, a cheat and liar, he was a repellant character and De Niro’s frenetic, twitching Jimmy was nearly unwatchable. Thank God for Liza who gave the film a heart and soul.

Scorsese superbly captures the big band era of Tommy Dorsey with magnificent recreations of the time, the huge production numbers bursting with glorious colour and energy. Dazzling in their beauty and execution, you wonder why the studio lost confidence and seized the film to recut it. Rumours of a snowstorm of cocaine on set fuelled the take over and indeed when Scorsese was not sleeping with Minnelli, he was snorting cocaine. Eventually he was rushed to the hospital near death, the drugs wreaking havoc on his tiny body, as the studio hacked and butchered his musical.

Years later Scorsese went back to the film for its DVD and Blu Ray release, restoring major scenes cut including the massive finale so integral to the original cut of the film. How dare suits second guess Martin Scorsese! Had his version been released, it likely would have been nominated for at least six Academy Awards. 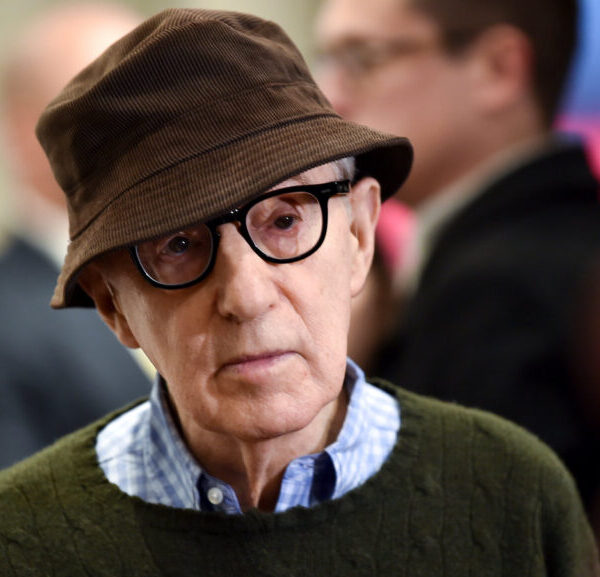