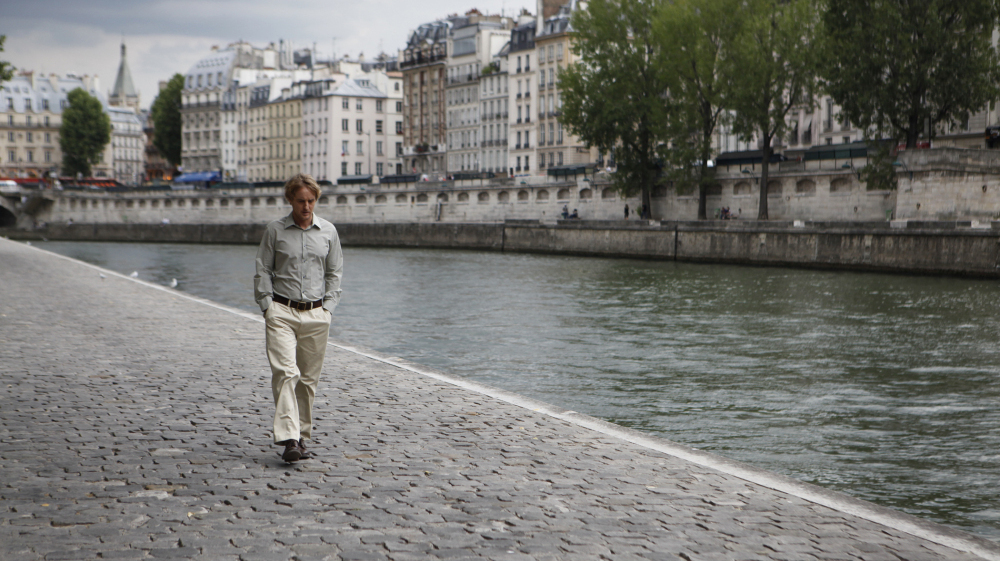 When one thinks of films that explore time travel, most would think of special effects extravaganzas or tightly written stories such as Back to the Future (1985), most with a tinge of science fiction in them. There is nothing of the kind in Woody Allen’s superb Midnight in Paris, as breathtaking a film as he has made, joining his best work and easily his finest film since Match Point (2005). As an added bonus the film conquers the time travel aspect with soft, subtle brilliance. It as if the characters from the past exist in the present as ghosts yet manifest themselves fully to our leading character. Deceptively simple, it is perfectly breathtaking.

The opening recalls the beauty of Manhattan (1979) where Allen captures New York in all its beauty in a wonderful opening that plunges the viewer into that great city that never sleeps. Here Allen explores Paris, that extraordinary old city steeped in spectacular architecture and history, the Eiffel Tower soaring into the skyline watching over all that happens in this glorious city. 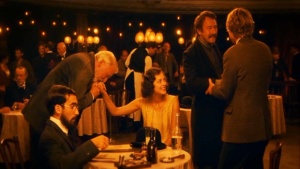 American writer Gil (Owen Wilson) has come to Paris hoping to find inspiration in the city to finish his novel, his ideas having gone stagnant. After a lucrative career as a screenwriter he wants to be taken seriously as a writer and believes his novel will do that for him. With him is his fiancé, Inez (Rachel McAdams) a horribly pretentious stuck up spoiled brat, who accompanies him along with her parents who hang on her every word and whim. Inez is a demanding, self-centred harpy who, after being in the presence of her for less for than five minutes, would have sent me screaming from the room. Everything she says is combative or has an accusatory tone to it all but challenging Gil to disagree with her, thereby earning her wrath. Her parents are just as bad, enabling her in every way to the extent they wait for Gil to slip so they can pounce on him with her. Marry into this hell? Not me, not anyone with half a brain. When they encounter one of her former professors, Paul (Michael Sheen), she invites him along for the sightseeing and Gil quickly realizes the man is a pompous, equally pretentious windbag who loves the sound of his own voice and believes his opinion is as though God himself were speaking. How lucky everyone is to bask in his presence!!

One night while walking the lonely streets of Paris, a gleaming 1920 Peugeot pulls up to Gil while he is resting and offers to take him to a party. He agrees, and slowly it dawns on him who is in the car with him. Somehow transported back in time he is sitting with F. Scott Fitzgerald (Tom Hiddleston) and his wife Zelda (Alison Pill) who take him to a party in Bohemian Paris of the 1920’s. There he meets a young Ernest Hemingway (Corey Stoll), fresh from the war with stories of life and death that would inspire his writing, listens to Cole Porter play his music while Josephine Baker dances for them, all mesmerizing the young writer. Back in the real world, in his own time, we truly feel for Gil as he tries to explain his adventure to the arrogant Inez, stuck in her own world, later confessing to sleeping with Paul, which surprises no one except Gil.

In the evening he cavorts with the Fitzgeralds, Hemingway, he meets Salvador Dali (Adrien Brody) and Gertrude Stein (Kathy Bates) before he meets a beautiful woman, Adriana (Marion Cotillard) and seriously considers remaining in that time period to be with her. But alas he returns to his own, dumping Inez, the brightest thing he does in the entire film and meeting a young woman, Gabrielle, on the street selling vintage record albums. Beautifully portrayed by the mysterious Lea Seydoux, we know at once that this woman is Gil’s soulmate, his muse and the real reason he has come to Paris.

Beautifully acted by the entire cast, not a single actor looks out of place in their role, and Wilson, sometimes a difficult actor to accept in a role, gives the finest performance of his career. He does not get stuck in Allenisms, as many actors portraying the role Woody might have played himself if he were a younger man, choosing to go his own way and give his own performance. He is perfect. Kenneth Branagh got stuck imitating Allen in Celebrity (1998), ruining the film, while John Cusack portrayed a variation of Allen in Bullets Over Broadway (1994) but was wise enough to put his own spin on the character. Wilson’s scenes with McAdams have an edge to them which comes entirely from her caustic, toxic character Inez. She might as well wear a sign screaming “STAY AWAY”, so horrific a character is she. The actress portrays Inez as though her hateful high school character from Mean Girls (2003) had grown up to become exactly the sort of person we expected her to be. One wonders, often, what is a decent guy like Gil doing with this monstrosity of a human being? Kudos to McAdams for having the courage to portray such a complete bitch, a very brave performance from an actress still evolving as an artist.

Corel Stoll is robust and masculine as Hemingway, exactly as we imagined him as a young man, with memories of the war still bright in his mind not yet dimmed by the passing of time. He barks as though needing to be heard, knowing his work will be immortal because he desires it to be, he believes in himself completely. The Fitzgeralds are lovingly portrayed by Hiddleston, perfect, and Pill, even better as the damaged Zelda. History tells us their relationship is doomed to tragedy, but together, watching them there is no question of their love. I wish there had been more of Salvador Dali, as portrayed by Adrien Brody, but perhaps given the actors penchant for going over the top, what we saw was just right. The lovely Marion Cotillard is enchanting as Adriana, and we understand why Gil would stay in this era for her, who would not? In the few fleeting moments she has onscreen, the exceptional Lea Seydoux, so, so brilliant in Blue is the Warmest Color (2013) is luminous as the girl Gil encounters on the streets, a discovery that will alter the course of his life, his true muse. She is not just a love interest for him, she is the love of his life and we know it the moment they connect. Without question this girl is his muse, in so many ways she is Paris.

I love how easily Allen handles the time travel aspect, simple, yet perfect, using a machine as many have before him, but not a machine created for time travel but a car!! A car inhabited by the past, moving between the past and present and taking Gil on the most extraordinary journey of his life.

Audiences and critics loved Midnight in Paris, ovations greeted the film at Cannes in the summer of 2011, and it remains one of the director’s most beloved films.

Quentin Tarantino once said in all his arrogant pomposity that directing was a young man’s game. Tell that to Allen, to Scorsese, to Eastwood or Spielberg, senior citizens all, with Eastwood and Allen approaching ninety. As long as they can create atmosphere and tell a story, I hope they direct. To quote, or paraphrase Peter O’Toole in The Lion in Winter (1968), “I hope they never die”. 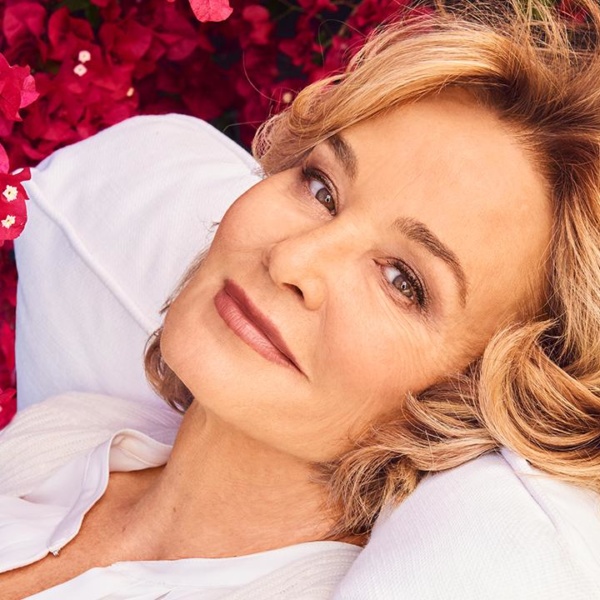 The 10 Best Performances of Jessica Lange 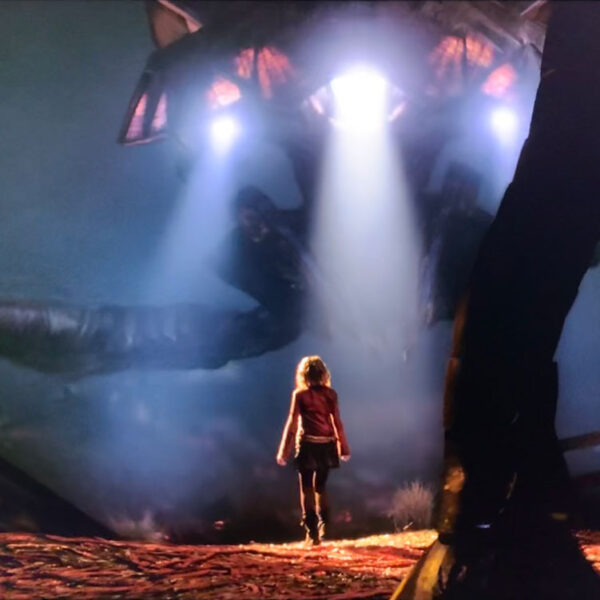