I’ve watched Quentin Tarantino’s Once Upon a Time … in Hollywood twice. The first time was with an underlying sense of dread at what I had assumed would be the film’s climax. The second time was with an almost a giddy appreciation for the bygone world that Tarantino was able to create as well as the over-the-top climax that I now understood gave the film it’s title.

The film is set in 1969 and it’s no secret that Charles Manson and his perverse band of followers are part of the story that Tarantino is telling. But the focus of the film is on the fictional Rick Dalton (Leonardo DiCaprio), an actor who gained fame starring in a late 1950’s TV western called Bounty Law. It’s now 1969 and Dalton is struggling to stay relevant, having shifted to B movies and the occasional guest spot on TV dramas of the like The F.B.I. He’s usually accompanied by his sidekick and stunt double Cliff Booth (Brad Pitt), whose easy going manner belies an intense and dangerously physical temper. The pair spend a lot of time at Rick’s home in the Hollywood Hills and the house next door is currently occupied by director Roman Polanski and his wife, Sharon Tate (Margo Robbie).

Because it’s 1969, and because we know the horrific things that happened to Sharon Tate and her friends at the hands of some of Manson disciples, we’re on edge. The savage, brutal murder of Tate and her friends shook Hollywood and the world with its deliberate viciousness and signaled the end of the idyllic idea of the carefree “sixties”.  Hollywood and the world were changing quickly and people like Rick and Cliff had trouble keeping up.

Tarantino’s script and direction create an almost leisurely, chill kind of tone. You don’t really feel there’s a lot happening, but you’re mesmerized by the deliberate pace, the incidental details, the “in” jokes, and the stunning visual recreation of the era. If you’re of a certain age, the sounds, sights and clothes all feel very familiar. And underneath it all is that sense of dread.

As the lost, not-too-bright Rick, DiCaprio is terrific. He captures the panic of a guy who sees his career hitting the skids and isn’t really sure what to do about it during the counter-culture shift taking place in Hollywood. He’s desperate, angry and yet still a bit of charmer. Pitt is also excellent in a role that comes second nature to him – the confident, sexy, quiet guy with danger lurking just below the surface. He played a variation of the same part in Ocean’s 11 and its sequels but because the character’s dangerous side is that much closer to the surface here, he’s much more fascinating to watch. 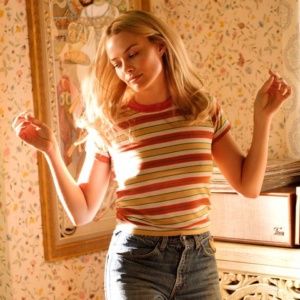 I can’t remember how many lines of dialogue Robbie had as Sharon Tate, but there aren’t many. Nevertheless she creates a major visual impact with the character, particularly in a scene where she goes to the movies to watch herself on screen in The Wrecking Crew, a 1968 Matt Helm with Dean Martin. The pure joy she gets while watching herself and hearing others react to performance is a treat.

When Once Upon a Time … in Hollywood was released last summer it was a major hit, received strong reviews, and immediately shot to the top as the front runner for Best Picture and Best Director at this year’s Oscars. But things shift quickly these days and its front runner status was hobbled with the release of Martin Scorsese’s The Irishman and then a month or so later Sam Mendes’ 1917 emerged as the film to beat. With the awards just a few days away we’re now hearing major buzz for the South Korean hit Parasite.

The film was nominated for 10 Oscars including Best Picture, Best Director, Best Actor (DiCaprio), Best Supporting Actor (Pitt), Best Original Screenplay, Best Cinematography, Best Costume Design, Best Production Design, Best Sound Mixing, and Best Sound Editing. I think I’m safe in predicting wins for Tarantino’s screenplay, the production design and for Pitt. If I had a vote it would also be winning Best Picture and Best Director, but somehow I don’t think that’s how it’s going to play out on Sunday. 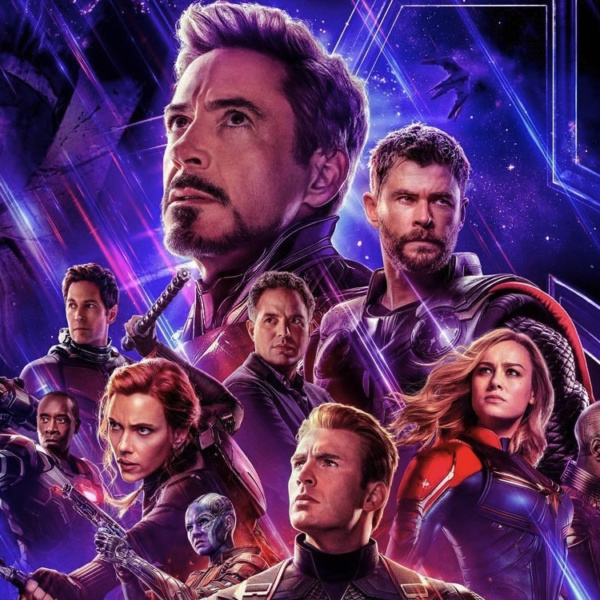 COULD AND SHOULD AVENGERS: ENDGAME BE A BEST PICTURE NOMINEE? 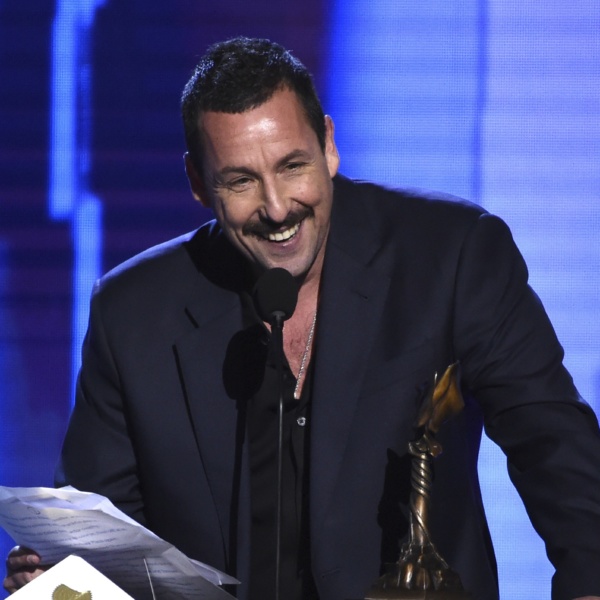