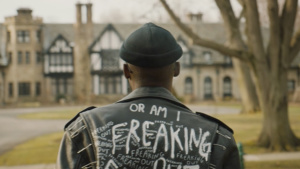 PERSONAL NOTES: Day One Recap – I watched Native Son with Press and Industry. I was blown away by the contemporary narrative and riveting performances. Ashton Sanders delivers an incredibly complex, intense and jaw-dropping turn as Bigger Thomas. Native Son was acquired by HBO Films. Day Two – I caught the P&I morning screening of After the Wedding and evening premiere of The Infiltrators.