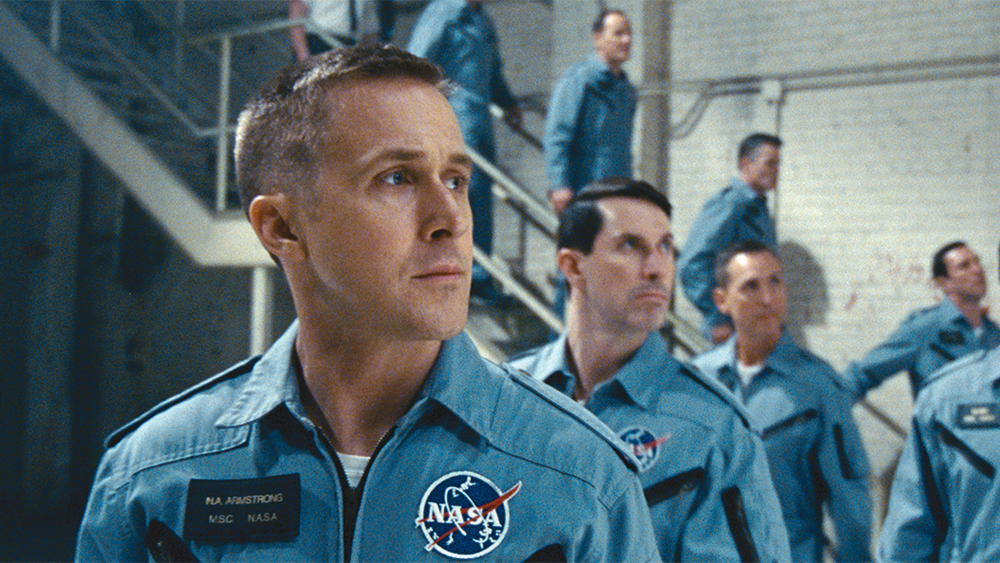 Snubs will be the big news on Tuesday, in fact, they are the talk of the Oscars every year.

This article is pure fantasy, pure indulgence. Below are the nominations that will make me very happy should they happen. Some are on the cusp, some are doubtful, some have no chance, but you just never know.

Tuesday morning you will feel the warmth of my smile bathe you in golden light should some of these achievements earn nominations. They might, they should, but likely will not. It is one of those years.

First Man … My personal choice as the years Best Picture, after TIFF this was the film to beat! Having seen it four times I stand by my belief that First Man is the very best film of 2018. Excellent reviews, how can it lose? Poor box office could cost it a nomination, the film did not connect with audiences despite its genius. A great American film, displaying what that country can do when on the right track, unlike today. Both an intimate drama, a study of a husband and wife, and a glorious, grand epic, the film is a knockout.  Masterful on every level, this will be the film we are discussing in 30 years from 2018.

Ryan Gosling in First Man … For his haunting performance as Neil Armstrong, the first man to set foot on another planet in known history, Gosling deserves to be nominated. After the death of his baby girl of cancer, we see Armstrong shut down emotionally, and we know why. When shut down, the pain cannot get in, but what Armstrong comes to understand is neither can it escape. Intensely focused on his work, he holds his pain inside refusing to deal with it, to come to terms with his emotions. Only standing on the lunar surface does he finally let go. The best work of Goslings’ career, and he has been mighty great before this. 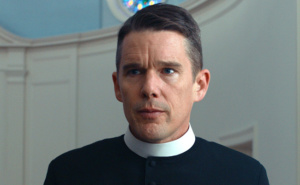 Ethan Hawke in First Reformed … The gifted actor should earn his first Best Actor nomination for his tormented priest in this bizarre, challenging film. Afflicted with cancer, struggling with his faith after the suicide of a man he was counselling. Angered at the commercialization of his small church, he begins plotting to make a serious impact at an anniversary celebration of the church. All this is further complicated by his odd relationship with the dead mans’ pregnant wife. A gutsy, deep performance by a true artist who has been a nominee before, for supporting performances and his writing.

Rosamund Pike in A Private War … As war correspondent Marie Colvin, actress Rosamund Pike gets under her skin and brings the doomed writer to life in this fine film that she dominates. A case of the performance elevating the film to a new level, Pike is brilliant, creating a driven, obsessed with injustice being corrected woman who was fearless about walking into war zones where bullets whizzed past her and bombs exploded. Pike allows us in, we encounter the human being under the skin of the one eyed, eye patch wearing writer, who despite terrible conditions continued to wear designer bras and panties, to feel like a woman and so her dead body could be recognized. An ironic, courageous writer who, to expose ugliness, placed herself in harms way. Pike is a revelation. 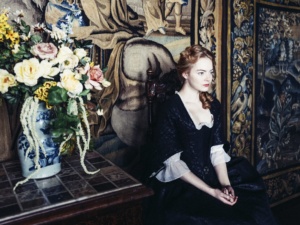 Emma Stone in The Favourite … Stone will be nominated for her role as Abigail in The Favourite, but for supporting actress, not lead. All three in the film were lead, but for me Stone shines as the devious, treacherous young woman trying to earn the daffy Queen’s favour by any means necessary. The actress won an Oscar two years ago in La La Land, and should be nominated again for this darkly funny turn. Brilliant. You can almost see the gears in her vicious little mind whirring with each gaze.

Nicole Kidman in Destroyer … Looking like a mangy, beaten down lone wolf after a nasty fight, Kidman seriously glams down as a tough, fearless detective on the hunt for the lunatic who killed her partner. Lean, slimmed down, sinewy, her eyes dead, vacant except in the heat of a gunfight, the one time she seems alive, nothing prepared me for her performance in this film. Kidman blows past everything she has done before with this searing performance. In the right world, a just world, she wins. This was the best performance I saw an actress give in 2018. A relevelatory performance in which the actress bares herself as she never has before. Astonishing in every way.

Damien Chazelle for First Man … Though there have been great films made about space travel, The Right Stuff (1983), Apollo 13 (1995) and Gravity (2013), none of them captured what the astronauts go through, what they see. Chazelle, an Oscar winner two years ago for his dreamy musical La La Land, should win again for First Man. Brilliantly he made the film through the eyes of the astronauts, so we see what they see, meaning the moon landing is an exquisite sequence, breathtaking. But then the entire film is just that. Not only should he be nominated, the man should win a second Academy Award.

Daniel Kaluuya in Widows … The single best performance of the year was this hypnotic, truly terrifying performance from Kaluuya as a dangerous psychopathic killer. Muscle for his drug lord brother, he intimidates with a baleful glare that is unsettling to see. Watch him toy with a young rapper before killing him, so close to him they could smell each other’s breath, his eyes never looking away. Radiating pure danger throughout, in under thirty minutes of screen time, he is menacing before he is terrifying.

Topher Grace in BlacKkKlansman … How do you portray a man whose life is dedicated to hate? In his fine, unsettling performance as KKK Grand Wizard David Duke, Grace is superb, hiding behind his smug smile and intellect as much as he hides beneath his robes. He is smug, as most bigots are, confident in their righteousness even though deep down in their world they fear those they hate. It is a fine understated piece of acting, so accurate, uncanny in its realism it could be overlooked. And sadly, it will. 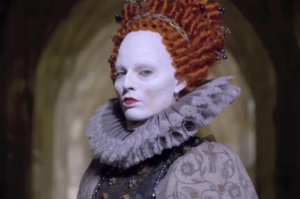 Margot Robbie in Mary, Queen of Scots … After breaking through in The Wolf Of Wall Street (2013), Robbie shocked Hollywood with a perfect portrayal of disgraced skater Tonya Harding that earned her a Best Actress nomination. This year she was the best thing in the dreary remake of Mary, Queen of Scots, portraying Elizabeth I. But this is Elizabeth as we have never seen her. Stricken with small pox, she lives but bears the deep scars of the illness, wounds that were with her the rest of her life. Robbie slips under the pock marked skin and delivers another fine performance.

Paul Schrader for First Reformed … The writer of Taxi Driver (1976), Raging Bull (1980) and The Last Temptation Of Christ (1988) has never been nominated for an Academy Award. Read that again and let it sink in. Never a nomination. Hopefully for his bold, courageous screenplay to First Reformed, that changes this year. Rather than play it safe, mainstream, the writer takes glorious risks with no safety net making the work an even greater achievement. And please, no talk about a sentimental nomination, the man deserves it.

Josh Singer for First Man … Singer is the most exciting new young writer in movies. Nominated for an Oscar for co-writing Best Picture winner Spotlight (2015), he has since written The Post (2017) and adapted Armstrong’s biography First Man to the big screen. Literate, interesting, filled with humanity and making sense of so much science, it is as fine a script as you are likely to encounter. Merging a very intimate, human story with epic storytelling, Singer crafted a beautiful script.

Hal ... The best doc I saw last year was this lovingly researched study of the career of Hal Ashby. One of the forgotten directors of the seventies, Ashby directed Harold and Maude (1971), The Last Detail (1973), Shampoo (1975), Bound for Glory (1976), Coming Home (1978), and Being There (1979), some of the very best films of the decade. He was a true free spirit, a hippy long after hippies were extinct and despised the men who ran the studios. Ashby died too young, too soon of cancer, a terrible death that ravaged him. I felt I knew him a little more after this film. 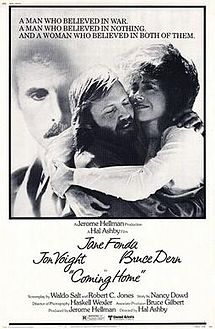 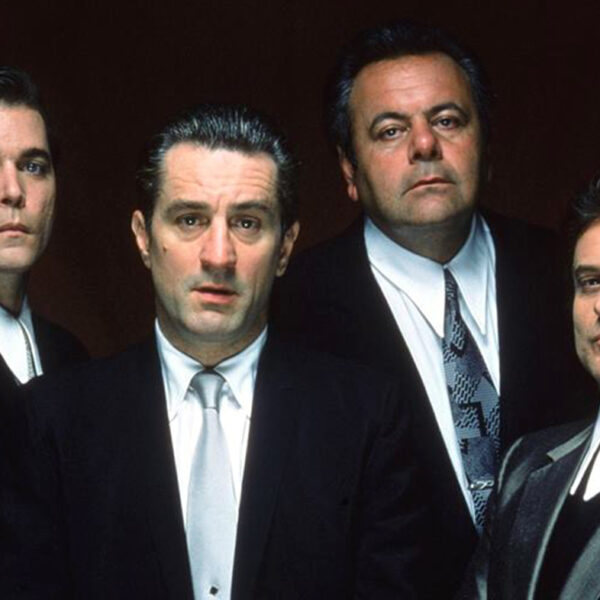