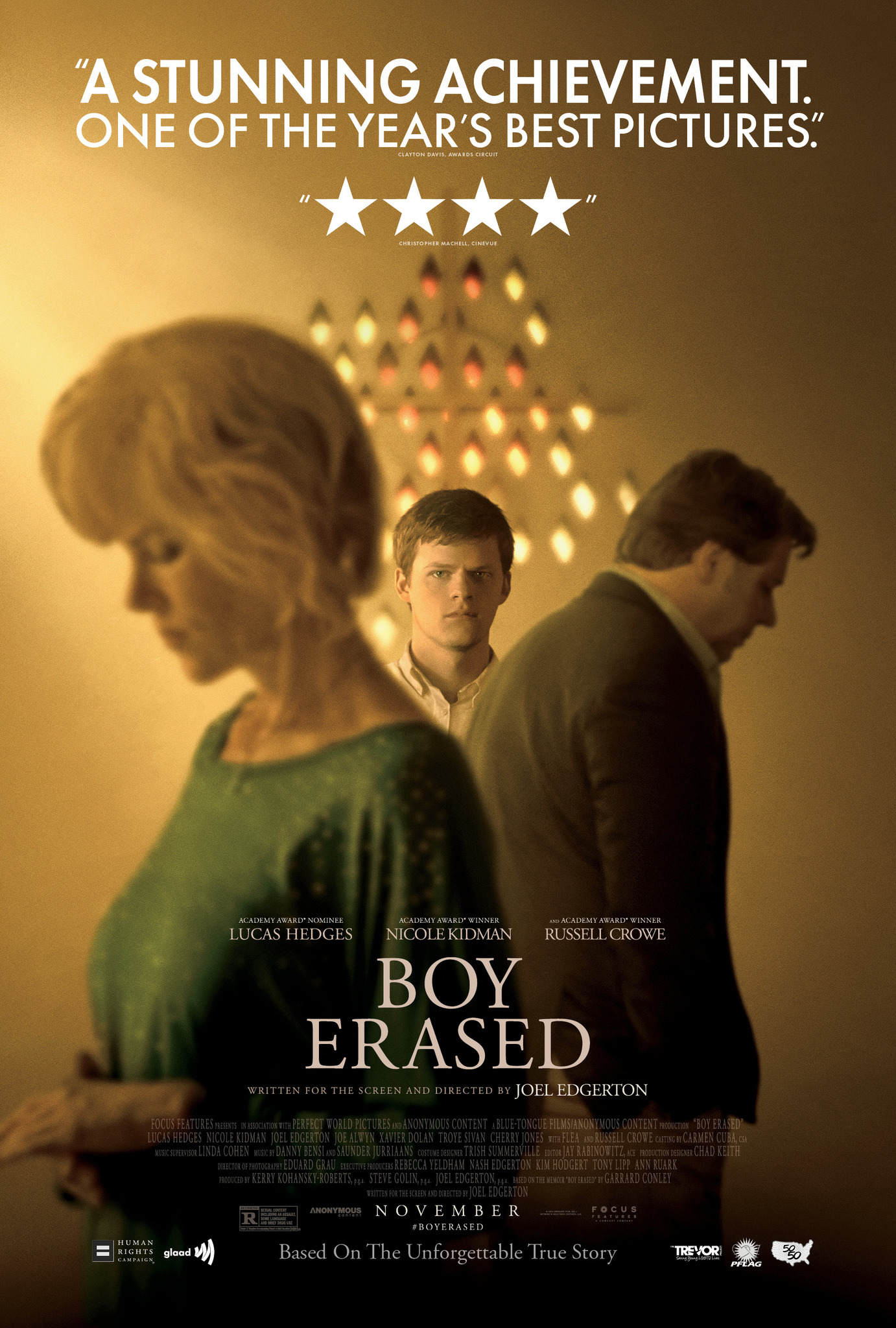 2018 has been an exceptional year for actors-turned-directors. John Krasinski received widespread acclaim for his directorial debut A Quiet Place, co-starring his wife Emily Blunt. Bradley Cooper knocked it out of the park with his first outing behind the camera; the Oscar-bound remake A Star is Born.  Although not his first outing as a director, Boy Erased is nevertheless a compelling and thoughtful sophomoric picture from writer/director Joel Edgerton (who also plays a supporting role in the film).

It tells the story of a young American man’s coming to terms with his sexuality and the resulting struggles he faces living in a conservative American home with a Baptist preacher father. Jared Eamons (Lucas Hedges) is outed to his parents Marshall (Russell Crowe) and Nancy (Nicole Kidman); who decide to enroll him in a gay conversion therapy program. Upon hearing the news of his son’s sexual desires, Marshall consults with the elders of his church and they collectively decide to do the only thing they know how to do; love the sinner while maintaining their hatred for the “sin”. Seeing homosexuality as a disorder that simply needs a “cure”, they enlist Jared into a camp designed to pray away the gay.

The camp is run by pastor/therapist Victor Sykes (Edgerton) who employs all manner of tactics to exorcize the “demons” that are affecting Jared and the other attendants. All manner of pseudoscientific nonsense is thrown at these kids in a futile attempt to convince them that their sexual desires are a matter of choice; one that is rooted in sin and depravity. For anyone who is wondering about gay conversion therapy; the facts generally point in a single direction: It doesn’t work, nor should it be tried.  The psychological damage it can have on kids is tremendous, especially when it is combined with a strict, religious approach (as it usually is).

Imagine being told that you are inherently sinful because of your “behavior” and that God will not love you as you are. Then you are told you can change it, only to discover (painfully) that you cannot. There are far too many examples of young men and women who have gone through this sort of experience only to end up feeling hopeless and taking their own lives. Alas, one of the attendees of Jared’s program does just this.

The film is rooted in good intentions and features an impressive cast, delivering the goods. Hedges is sublime as the film’s lead. Along with his role in Ben is Back (2018) he is having an impressive year. Nicole Kidman steals every scene she is in as Nancy. A loving mother and wife, Nancy shows her son love and compassion while supporting the decision to enroll Jared in conversion therapy. Kidman’s character has a choice to make between everything she’s been taught, what she feels in her heart, and what she knows to be true in her mind. At a crucial moment, she recognizes that the program is doing him far more harm than good but the family and household cannot come to embrace him for who he is. There is a juxtaposition with Jared’s home life when we see him blossoming out in the world, coming to terms with who he is and what he believes. As the prodigal son, Jared must also come to terms with what family truly means to him. Unconditional love does not mean unconditional acceptance. It’s a pertinent story to the times we live in and an important film.

The picture walks through a narrow corridor between overextending its message and not doing it justice nicely. It likely won’t muster up a ton of buzz come awards season; likely that both Lucas Hedges and Nicole Kidman are already on the radar for their performances in Ben is Back and Destroyer, respectively. Nevertheless, they are in top form here to be sure.

I doubt the film will change the minds of many hard-line supporters of conversion therapy, but anyone going through a similar experience may be motivated to reexamine what they are taught to think and compelled to believe. 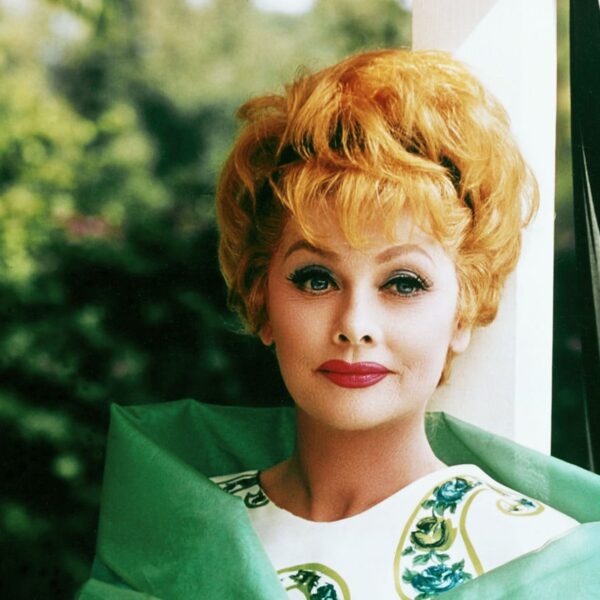 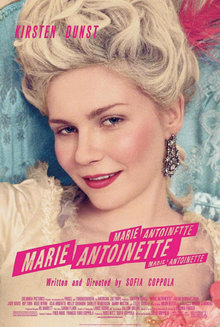