No one expected Jaws (1975) to be what it became, the highest grossing film of all time (at that time), a critical sensation, the launching of a gifted new director, and an instant classic. Overnight, and I mean literally overnight, the film was the most talked about cinematic event in North America, lines formed around the block for the next showing and suddenly it was all about seeing Jaws (1975). The film landed cover stories in Newsweek and Time, and Steven Spielberg became a household name at the age of twenty-six. The film was a cultural touchstone, everyone remembers the first time they experienced the film, everyone remembers the feelings the film evoked, the terror. Universal had expected mild returns but instead, they had a juggernaut on their hands.

Yet there was so much more. People became terrified to go swimming, not only in oceans where sharks swim freely, but in lakes, rivers, and ponds, you could see people looking around, looking down, nervous. The movie had a profound impact on anyone in the water, and on audiences watching the film. If you were waiting in the lobby to go into the next showing, you could hear the screams, the terror-filled shrieks coming from the cinema as they watched the film and reacted.

No one knew Jaws (1975) would become what it did, and that it did is a miracle of direction and editing. 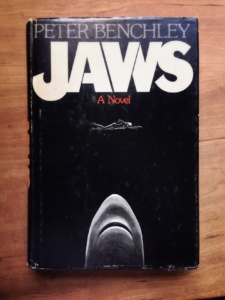 Based on the book by Peter Benchley, it was expected the film would make a fast buck and disappear. Universal owned the rights and after some careful wheeling and dealing, young Steven Spielberg was given the job of directing the picture. Spielberg went to work at once on the film, recasting roles, never for a second considering Charlton Heston as Brody, the choice of the studio or Charles Bronson as the old shark hunter Quint. He cast actors without a lot of baggage, actors that were not as well-known as who the studio wanted because he knew the story and the shark were the stars of the film.

The young man insisted on shooting on location on the sea despite advice not to do so, the producers knowing from experience and legend that shooting on the open ocean could be hell. The weather changed in an instant, the clouds changed, making continuity a constant nightmare, and you just never knew what else could come out of the woodwork. Three large mechanical sharks were created for the film, the first of which sank to the bottom of the sea when first used, forcing Spielberg to think on the fly and re-imagine the entire film. Deciding to go with less is more, he made the decision to show less of the shark, to create fear by suggestion, to show the reaction and the mayhem created by the shark. It was genius, sheer genius. That he had to do so on the fly, on location is even more credit to his vivid imagination.

He came up with the idea of showing the point of view of the shark, which is the shot that plays over the opening credits the creature cruising through the sea. Used again during the attack of the young boy, and again and again, it created a menace that was astonishing. But nothing was more frightening than that first attack on the young girl at the beginning of the film. Skinny dipping far out into the sea, she turns and calls to the boy on the beach who has passed out drunk. Suddenly without warning, she is yanked violently under the water, then again and realizes what is happening to her. She loses her mind in fear, screaming for her life as the shark bites, again and again, tearing her apart until she disappears under the sea, as though she had never been there. Directed brilliantly, acted superbly and edited with absolute genius the sequence stands among the most frightening in movie history.

Working with his editor Verna Fields, they worked to create maximum terror, to build unbearable tension and fear, and then turn it loose on screen. Only towards the end of the picture do we actually see the shark, and then in sequences so perfectly cut together we never look too close at the beast, because we are so focused on the attack on Quint, trapped in those terrible jaws. 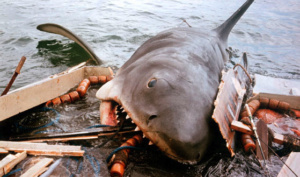 Editing is one thing, but Spielberg had to first envision all of this while shooting. He was so young, had made just a single feature, but the actors believed in him, they followed him on this journey. He was a walking encyclopedia of film knowledge and understood the camera, both of which helped him immensely. He knew which shots the money shots were, the scare shots, but he also understood the actors needed their moments too. The famous Indianapolis speech was written by actor Robert Shaw, himself a writer having penned the play The Man in the Glass Booth. Spielberg knew where to put the camera, so Shaw was centered, Richard Dreyfuss and Roy Scheider also in the frame, their reactions key to the sequence. How many young directors would possess that confidence?

The production ran over, nearly twice the time it was thought they would need, the shark breaking down constantly, the sea providing one challenge after another. The budget ballooned to twice what it was set to be, and Universal grew concerned but stuck with Spielberg. 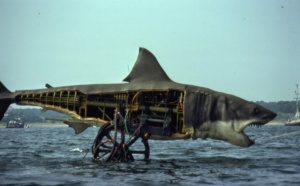 When they finished, he sat down with Fields and they began editing the footage. She was thrilled with what he had given her, but he was concerned there were not enough scares. So, one night, Richard Dreyfuss, Spielberg, and a cameraman shot a scene in Fields swimming pool. The sequence was the moment Dreyfuss’ character Hooper finds Ben Gardner’s boat and in an instant Ben, torn to pieces, pops into view startling Hooper, terrifying the audience watching. It was perfect, and Fields cut it into the film seamlessly. That scene along with the shark suddenly appearing to Brody as he throws chum into the sea provided the films big scare moments, as the audience literally screamed out loud.

John Williams composed the score, and initially, Spielberg thought he was out of his mind. A few notes? Never had a score been more perfect for a film. When we heard those deep notes, we got chills. It was the beginning of a long and fruitful relationship, as Williams has scored almost all his films earning Academy Awards for Jaws (1975), E.T. (1982) and Schindler’s List (1993). No score is the same, and Williams is among the few actors or directors to be given the AFI Lifetime Achievement Award. Among his scores are Star Wars (1977), The Empire Strikes Back (1980), Superman (1978) and the Harry Potter franchise.

When the film opened, it was an immediate smash hit, lines formed around the block, people waited in line for hours to see the movie. Critics loved it, declaring a new talent had arrived with Spielberg, and overnight it seemed, Jaws (1975) was the hottest film in Hollywood, and very quickly North America.

The story was deceptively simple, a huge Great White shark begins feasting on bathers off the East Coast. It starts with a girl, then a young boy and just continues until the Chief of Police, Brody (Roy Scheider) gets permission to hire a shark hunter, Quint (Robert Shaw) and takes a shark expert, Hooper (Richard Dreyfuss) along with them to kill the shark. It does not prove an easy task, the shark is twenty-five feet long, and not easy to kill. As the men fight amongst themselves, it becomes clear drastic measures will have to be taken. Quint loses his life, trapped in those terrible jaws which crunch down on him, but Brody first a bullet into an oxygen tank in the creature’s mouth and blows it up. He and Hooper survive and swim back to shore.

It was brilliant, it was scary, it was funny, it was perfect. Perfect. As in flawless.

The acting was superb, especially Robert Shaw as Quint who deserved to win an Oscar for Best Supporting Actor but criminally was not even nominated. His famous speech about the doomed SS Indianapolis, his first encounter with sharks, remains the most terrifying moment in the film, because of what happened around him and because of what it has done to him as a man. Sadly, Shaw would be dead in three years, never enjoying his stardom from the film. 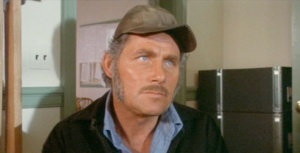 Richard Dreyfuss displayed real star quality as Hooper, the comic relief and smart-ass of the group. Within two years he was an Oscar winner for Best Actor in The Goodbye Girl (1977).

And Roy Scheider, Oscar-nominated for The French Connection (1971) was excellent as the New Yorker who leaves the big city to live on an island, though he is terrified of the water. I am not sure Scheider ever got the credit he deserved for his performance, which is the anchor of the film.  Scheider would work with Bob Fosse in All That Jazz (1979) earning a nomination for Best Actor for his fine work.

The effects were superb, seamless. Spielberg found interesting ways to make the presence of the creature known, the tanks that are attached to harpoons meant to keep the animal afloat appear whenever the shark is near, that ominous fin that casually breaks water suggesting menace. Even the close-ups, despite being infrequent, are perfect. The eyes are dead, the teeth and jaws terrifying, the tough skin harsh and abrasive, the director missed nothing.

The film was nominated for just four Academy Awards, Best Picture, Best Score, Best Sound, and Best Film Editing. How Spielberg was snubbed for Best Director for a film that is so much a director’s achievement is beyond me, but they snubbed him. He was stunned, famously allowing cameras into his office to catch his reaction when Jaws was nominated for twelve Academy Awards as he predicted. His stunned reaction is heartbreaking to watch. Of the four nominations, the film won four, losing Best Picture to One Flew Over the Cuckoo’s Nest (1975). He was nominated for a Directors Guild of America Award as Best Director and a Golden Globe, but his understanding of the business told him the Oscar meant acceptance as an artist. 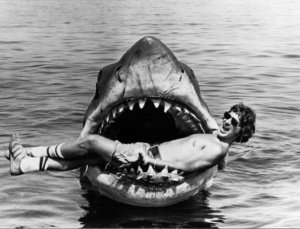 Years have gone by since the release of the film, Spielberg has won two Oscars as Best Director, yet in his canon of cinema, Jaws (1975) remains among his best films. The film remains a masterpiece of direction because he knew, inherently to prey on our fears, on the unknown on that which we cannot see. When that shark, unseen attacks Chrissy at the beginning of the film and tears her apart before devouring her, it is not just attacking her, it was attacking us and that was what terrified us. 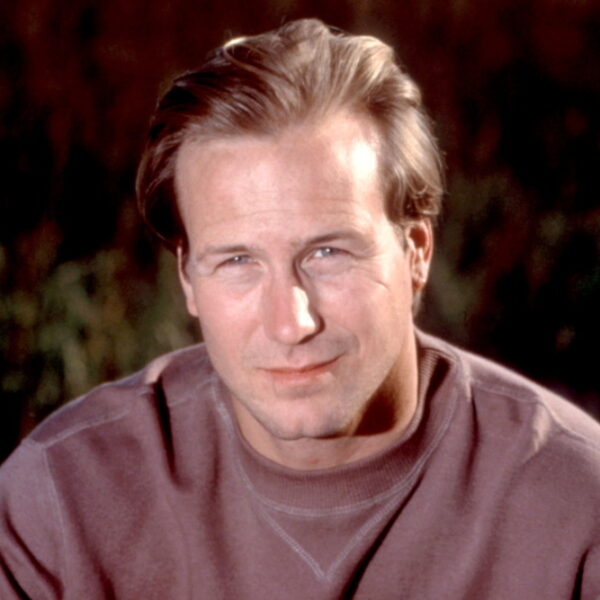 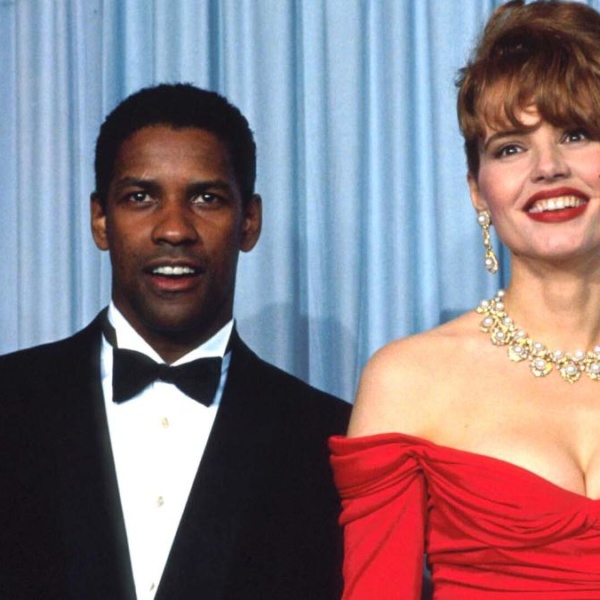