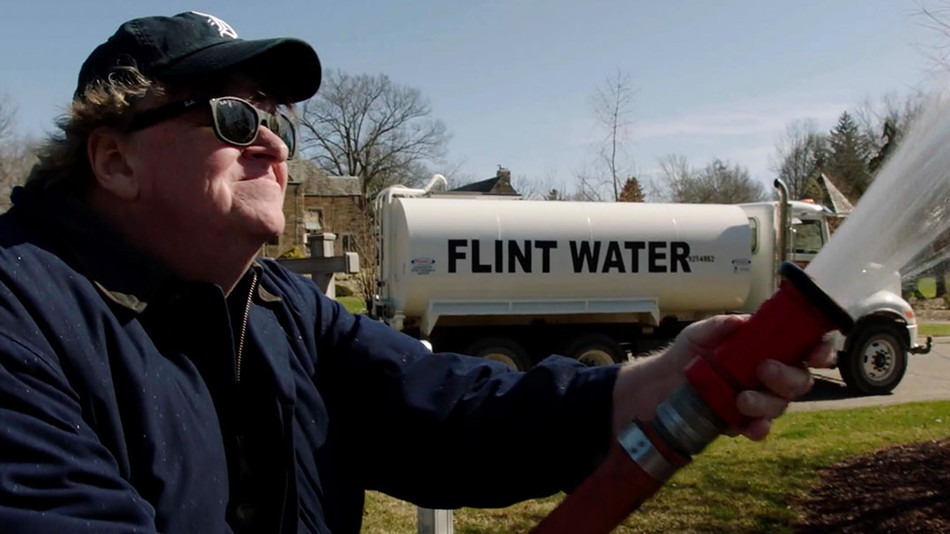 Michael Moore’s style, I find abrasive, exploitive and sometimes cruel. What he did to poor Charlton Heston in Bowling for Columbine (2003) was nasty. He blindsided a clearly confused actor suffering with Alzheimer’s and did nothing to endear himself to audiences in doing so. Still his film won an Oscar as Best Documentary. He followed that with the sensational Fahrenheit 9/11 (2005) which attacked the Bush administration and focused on how 9/11 happened and why. It was brilliant, scathing and given that nobody sued him…accurate. The film remains the highest grossing documentary ever made and won the Best Film Award at Cannes

In an interesting twist of number, he has switched the numbers around to focus on the second worst day in the history of the United States, the day Donald Trump was elected President. Far behind in the polls, with only fifteen per cent support, Trump surged ahead of Hilary Clinton and stunned the world (and himself) with a victory. Life in the United States has not been the same since. He has made a mockery of the office, turned it into a daily sideshow with himself at the centre of the storm. CNN has become Trump News though he calls them fake news.

Moore, I thought, and truthfully I hoped, was giving us a scathing film about the disaster that is the Donald Trump presidency, but instead he gives us a whole bunch of stuff cobbled together for the film. It is the most uneven, poorly edited film of his career, and I wonder if he should have made a couple of films, sorting out what he wanted to say. He takes a run at the Clintons, at Obama, though the Obama act was shocking, I had no idea. He explores in depth the nightmare in Flint as the people drank poisoned water and became ill. From there he turns his sights on the world changing teenagers from Parkland High School. It was like he could not decide what to make a film about, there was so much variety and, like a kid in a candy store, he took it all.

The problem is there is no focus.

Is this film bashing the government of Michigan for what they did and have so far gotten away with (yes), is it bashing Obama (yes), Hillary Clinton (yes), and Trump (yes). Is there anyone the film does not bash? Yes, Michael Moore, who acts like the peoples hero arriving at the governor’s office to make a citizen’s arrest of the man, and when that fails he arrives at his home with a trunk full of bad water. Moore makes it clear the kids at Parkland High School invited him down after the shooting there, taking him to their secret headquarters, letting him in on their planning.

More than any previous film he has made, this one makes Moore a star, or man of the people, or whatever it is he wants himself to be thought of as.

I was hoping for a good old fashioned Trump bashing, hoping he had even more information than we do right now. True he painted Trump as the arrogant, entitled creep he has always been, but there was nothing really new. The comparisons to Hitler were chilling when presented next to archive footage of the Nazi madman, but that comparison has been made and discussed frequently

All in all it was a major disappointment. 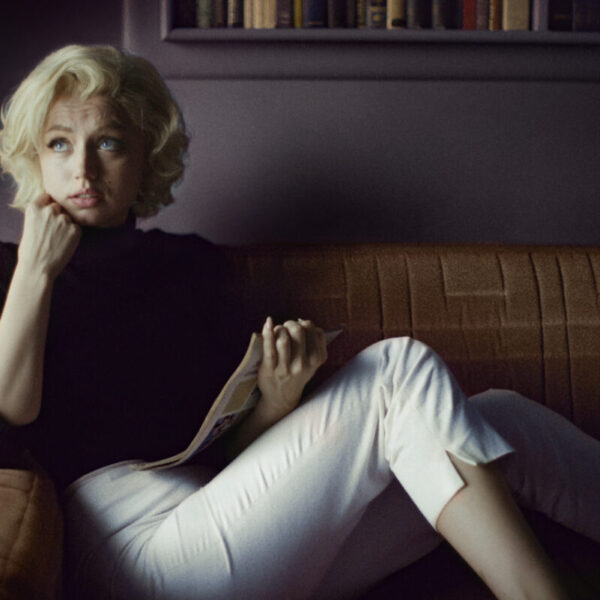