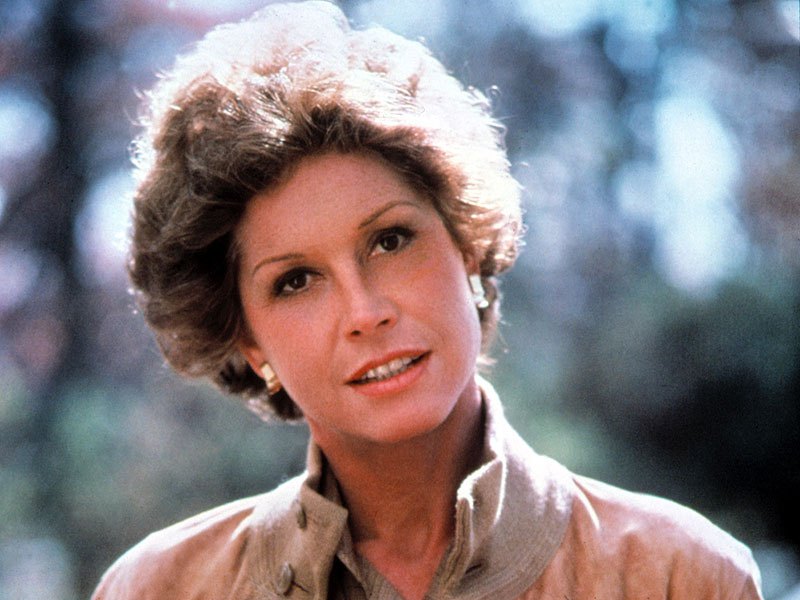 1980 was a good year for movies and even better one for performance by actresses. Sissy Spacek excelled as Loretta Lynn in Coal Miner’s Daughter, which also featured superb work by Beverly D’Angelo as Patsy Cline. Ellen Burstyn got some of the best reviews of her career in the little-seen Resurrection.  Goldie Hawn delivered her best comedic performance in Private Benjamin with hysterical support from Eileen Brennan. Angie Dickinson had her best film role as the cool blonde in Dressed to Kill, one of DePalma’s top films.  Other excellent work included Lily Tomlin’s comic gem in 9 to 5, Gena Rowlands in Gloria, Helen Mirren in The Long Good Friday, Mary Steenburgen in Melvin and Howard, Catherine Deneuve in Truffaut’s The Last Metro, Shelly Duvall in The Shining, and Debra Winger in Urban Cowboy.

But there’s one performance that year that really does rise to the top above all the others: Mary Tyler Moore in Robert Redford’s Ordinary People. This is a superb piece of work – one of the great performances of the era – and one that represented a considerable change of pace for the actress and for audiences.

Moore went into Ordinary People following a spectacularly successful run on TV with The Dick Van Dyke Show in the 1960’s and The Mary Tyler Moore Show in the 1970’s. They are still two of the finest situation comedies ever produced and Moore was the era’s best comedienne – pretty and stylish with great timing and a deft light touch – the epitome of the all-American girl. But in 1977 – with seven Emmys on her mantle – Moore wanted to do something different, she wanted to test herself.

A talented singer and dancer as evidenced by her work on The Dick Van Dyke Show, Moore tested the waters with a couple of TV specials and two variety series (Mary in 1978 and The Mary Tyler Moore Hour in 1979) but they didn’t click. What did was turning to drama. First You Cry (1978) tested her in small ways. She’s good in this TV film based on a true story about a reporter dealing with breast cancer. Although it veered toward soap opera, critics applauded, audiences tuned in and she got another Emmy nomination.

Next up was a move to Broadway in a re-worked version of Whose Life Is It Anyway? (1980). A big hit for Tom Conti in the 1978-79 Broadway season, the play closed and was re-written for a female protagonist. Critics raved when Moore opened in the play in early 1980. As the paraplegic sculptor, Moore was phenomenal. It was the first Broadway show I ever saw and I remember not being able to take my eyes off of her – she had only her face and voice to work with and what she achieved was stunning. She won a special Tony for her work (presented to her by Elia Kazan no less) and there was talk of her getting the film version, but they went with the original play and Richard Dreyfus got the role. Moore only returned to Broadway one more time in the A.R. Gurney play Sweet Sue (1987), a nice but lightweight comedy where she and Lynn Redgrave played two sides of the same character. They were both very good, with Moore truly excelling and getting the best reviews.

Filmed before her return to Broadway, but released after, was Ordinary People. This was Moore’s first film since the late 1960’s when she was under contract to Universal. She was in one hit – Thoroughly Modern Millie (1967) with Julie Andrews – and then some silly comedies with Robert Wagner and George Peppard, and then a very bad film with Elvis Presley, Change of Habit (1969).

Ordinary People tells the story of a family trying to cope with the death of their oldest son and the subsequent suicide attempt of their other son. The film struck a major chord when it was released and, although the overall feeling of the film is quite somber and very of its time, it still has an impact today. Moore dug deep behind her famous smile and showed us a mother for whom appearances are everything and emotions are to be buried. It’s a role that could very easily have come across as completely one dimensional, but Moore and first-time director Robert Redford give her depth without making her evil or completely unsympathetic.

Although she doesn’t have a lot of scenes, Moore’s every appearance is major. As the son, Timothy Hutton is the focus of the film, but Moore is its catalyst. The way she communicates her inability to connect with her son or show any affection is chilling – whether it’s the way her neck tendons flare when he turns down breakfast, or a tense exchange in the backyard trying to make small talk, or the way she shuts her husband down when he suggests the family get some help – she’s perfect.

Audiences weren’t expecting Moore to show them the dark side of the all-American girl, but they and the critics responded. The film was a hit, she got great reviews, she won a Golden Globe and was nominated for a Best Actress Oscar, ultimately losing to Sissy Spacek in Coal Miner’s Daughter. I get it – Spacek had the bigger role, she did her own singing and you totally believe she’s Loretta Lynn. Moore suffered from being in the wrong category. Although she is the lead actress in Ordinary People, her role and Donald Sutherland’s as the dad are secondary to Timothy Hutton’s. There is no doubt she would have won if she had been in the supporting actress category.

One of the frustrating things about Moore’s career is that she never really got another film to match Ordinary People, but she did do some great work on television. Heartsounds (1984) was an excellent drama with James Garner about a couple dealing with his heart disease. They were both Emmy nominated. There was a charming and very funny HBO film with Robert Preston called Finnegan Begin Again (1985). Her Mary Todd Lincoln in the adaptation of Gore Vidal’s Lincoln (1988) with Sam Waterston is just as good as Sally Field’s Oscar-nominated work in the same part in Spielberg’s Lincoln (2012). Again, there was another Emmy nomination for Moore. She finally won her eighth Emmy for her frightening work as the head of depression-era adoption agency in Stolen Babies (1993). Following that, she and Dick Van Dyke did a well-received TV production of The Gin Game (2003).

But her theatrical film work was sparse. There were two misfires in the eighties – Six Weeks (1982) with Dudley Moore and Just Between Friends (1986) with Christin Lahti. Only once more did she generate some big movie buzz and that was with David O. Russell’s Flirting with Disaster (1996). It’s one of the best comedies of the 1990’s and Moore is the standout in a cast that includes Alan Alda, George Segal, Lily Tomlin and Ben Stiller. Again playing against type, she’s wonderful as Stiller’s know-it-all Jewish mother. It’s a very funny performance that should have netted her a second Oscar nomination.

Moore passed away in 2017 at the age of 80 after a long illness. She left behind a legacy on television that can’t be touched – and a stand out performance on film that she never had the chance to match. 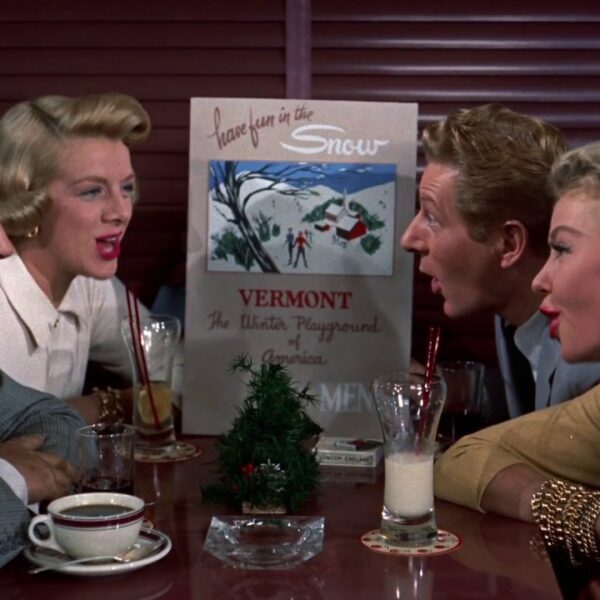 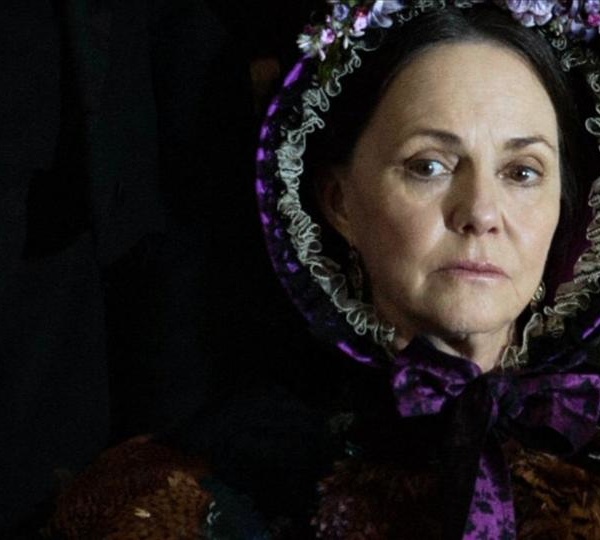