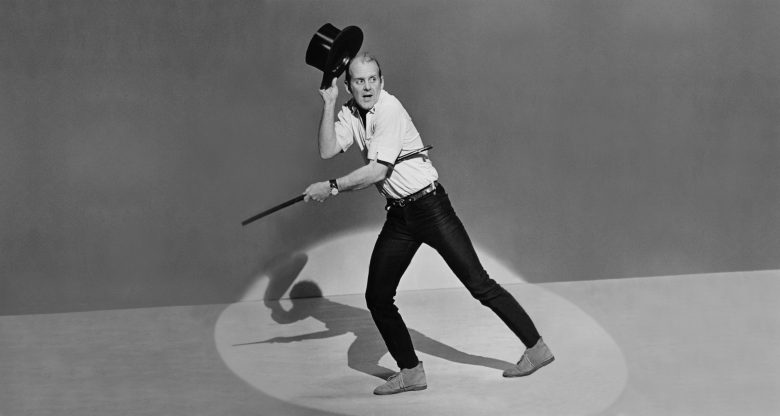 When discussing the Great Directors of the Seventies, his name is often not in the discussion or on     the list, but it most certainly should be. Bob Fosse directed films which explored performance, celebrity and the behind the scenes of that world or the manner those living in that world attempt to live their lives.

A lithe dancer walks on stage or into the frame of a film. She strikes a pose, and her movement, her tableaux and what follows is instantly, “Fosse”, pure Bob Fosse.

He made just five films, again, all connected in some way to the world of show business, to performance art and each in their own dark way were brilliant. It seemed as his career progressed, his work got darker, cast a very bleak eye on living in that world. Often it felt like in drawing from his own life, Fosse had become increasingly jaded with his existence.

Bob Fosse revolutionized dance with his choreography that dripped of raw sexuality, be it onstage or film. Each move was well thought out, and when combined was electrifying. Today you can walk into a musical, see a dance move and whisper Fosse because you understand the homage, the influence, the attempt to recreate his genius. His dance, his breathtaking crisp, fluid choreography reinvented dance as a language right before our eyes.

And make no mistake it was genius.

He started his career as a dancer, a song and dance man who was intoxicated by performing. Moving into choreography he proved to be gifted, understanding that movement could be sexual, and particularly in dance it perhaps should be sexual. Quickly established with instantly identifiable choreography he moved to directing, where his genius was unleashed.

In each of his five films, three of them Best Picture nominees, one of them brought a Best Director Oscar came to Fosse and he earned two other nominations for Best Director. He received three nominations from The Directors Guild of America and is a rare director to have won an Emmy, Oscar and Tony all in one year, in fact within months. His television musical program, Liza with a Z (1972) is a stunning celebration of the gifts of Minnelli. His most creative period on film ran just seven years, from 1972-1979, during which he gave us Cabaret (1972) his undisputed masterpiece and for me the greatest musical ever made, Lenny (1974) his scathing black and white biographical film of comic Lenny Bruce, and his haunting autobiographical All That Jazz (1979). For each of those films he was nominated as Best Director by the Directors Guild Of America Awards.

Incredibly his seminal ground-breaking musical won a whopping eight Academy Awards, including Best Director, losing Best Picture to The Godfather (1972). Hollywood was stunned Fosse bested Francis Ford Coppola for the Oscar, especially in the wake of Coppola being named Best Director by the DGA just a month earlier! Oddly, each time he was subsequently nominated, Coppola was among the nominees, winning in 1974 for The Godfather Part II (1974).

Let me state this. Coppola should have won Best Director for The Godfather (1972), The Film is an astounding achievement. Yet I understand why Fosse won the Oscar for Best Director because his achievement in bringing this play to the screen is equally astounding.

His five films were nominated for a total of twenty-eight Academy Awards, the only true slight being the snub of Eric Roberts for Best Actor in Star 80 (1983) his bleakest, darkest work.

His death in 1995 would prevent him from bringing his Broadway masterpiece Chicago to the screen, and who knows what other masterworks? At the time of his passing, he was in pre-production on Chicago, which came to the screen seventeen years after Fosse died, bearing his unmistakable stamp. Of his five films three are masterpieces, one is an alarming biography, and one does not quite work but you could feel the promise in the work.

His very name brings to mind energy, sex, and raw studies of show biz and life.

He was a Fosse, one of a kind. His first picture as a film director, and his learning curve was still huge. The choreography worked, the dance scenes with the great Shirley MacLaine were terrific, but the film around them fell apart, it was just not very good. Charity, portrayed by MacLaine is a taxi dancer, a dancer for money, who for the first time in her life finds true love. She is a good person, the sort that gives all of her earnings to beggars because she believes they need the money more. Afraid to reveal what she does for a living, when she does it seems her love cannot let if go. Though MacLaine is very good, the film around her is not, but obviously Fosse was learning on the job. He learned quick. A dark, uncompromising work, easily the darkest of his career, in which he explores with chilling realism, the life and death of Canadian Dorothy Stratton, Playmate of the Year, for Playboy Magazine, and her husband Paul Snider, her murderer.

Stratton (Mariel Hemingway) was a fresh-faced beauty who met the sleazy hustler Snider (Eric Roberts) while living in Vancouver. Believing she could be his ticket to the big time they marry and he send her photos to Playboy Magazine against the wishes of her mother. Called to LA, he ingratiated himself into the world of Playboy, offending all with his pimp like, sleazy behaviour. When Dorothy finds fame, she begins to see him as the needy, blood sucking leech he was and leaves him, refusing to see him. Finally, she agrees and he shoots her in the face with a shotgun, rapes and sodomizes her corpse and then shoots himself in the head. Eric Roberts is simply astounding as Roberts capturing his seething rage and hated for those he decided were against him. Sadly, Snider hated himself most of all and Roberts brings that self loathing to his performance. A tough film to watch, but worth it for Roberts. This was the last film Fosse made. This brilliant biography of dark, twisted comic Lenny Bruce was based on facts and the popular play which featured Cliff Gorman, who would portray the comic in the film Fosse is Editing in All That Jazz (1979). Dustin Hoffman was cast as Lenny and immersed himself in all things Bruce. Comedians doing drama often produces great work, but making a dramatic actor a comic is tough. There is a timing needed for comics, a manner of speaking that builds towards to the pay off and stand up comics feed off their audience which Bruce certainly did, using his audience for his act. Hoffman watched and listened to enough of Bruce to nail the character, but more he found his angry wounded soul, the darkness that drove him to drug addiction and eventually death from an overdose. Fosse shot the film in stark black and white to capture the look of the existing films of Bruce, and cast Valerie Petrine as his wife, the stripper Honey Harlow. She and Hoffman are brilliant together as they descend into a living hell. All received Oscar nominations. Autobiographical, based on Fosse’s life, but also connected to Fellini’s 8 1/2 (1963) this visionary work explores the intensity of the life of a stage director working on a new play while editing a film at the same time. Under brutal pressure, Joe Gideon (Roy Schieder) drives himself hard, beginning each day with a cigarette, Benzedrine and a shower where he announces to his own reflection “It’s showtime folks!” It seems everything white in the film is at work to kill him, the pills, the cigarettes, the bright lights, and Death herself, portrayed by a grinning, haunting Jessica Lange, blonde and dressed in white. The songs are adapted for the film and the choreography is frank and sexual, but new, electrifying and wildly original. Particularly powerful are the sequences during and after his heart attacks. The final movie moment as Joe moves down the tunnel, Lange waiting at the end, is powerful and unforgettable. Schieder is superb as Gideon, who is Fosse, capturing the constant motion of the man, stalking the rehearsal hall like a car awaiting inspiration.

From the sensational opening, a cattle call audition through the rehearsal process to the startling abrupt ending, we are with Fosse but he is the leader of this hellish journey. Nine Academy Award nominations went to the film, including Fosse and Schieder, it would win four. Bold, brash, sexy and stunning. The greatest film musical ever made is also among the darkest, set in Berlin in 1931 as the Nazis are coming to power, slowly rising, their presence first seen, then gradually felt. What I love about the film is that no one simply bursts into songs, they take place, all but two as part of the narrative in the seedy Kit Kat Klub. There we encounter Sally Bowles, blessed with a stunning voice and loose morals, portrayed with luminous beauty and genius by Liza Minnelli as though she were born to play the part. Joel Grey is the leering Emcee, at times a metaphor for Hitler, Nazism, evil, life, everything evil and he is unforgettable, his leer seeing right through us. The songs speak to the story, and Minnelli is simply electrifying in the role of Sally Bowles which became her signature role. There is an ugliness under the cheap glitz of the tawdry club, something creepy and sinister, growing as the film unfolds, and as it opens up, we realize that ugliness exists in all of the characters. The beer hall sequence remains one of the most chilling moments ever put on film, as a young boy, beautiful, blonde rises and begins to sing. He sings at first with beauty, but the song turns into an intense anthem, and we see he is a Nazi Hitler Youth, there to rally the crowd, and rally them he does as they join in to sing Tomorrow Belongs to Me. The film won eight Academy Awards including Oscars for Fosse, Minnelli and Grey. Liza Minnelli is a revelation in the film, like Brando in A Streetcar Named Desire (1951) forever making the role her own with her towering performance. Never again would she even come close to doing what she accomplishes in this film. A landmark film. 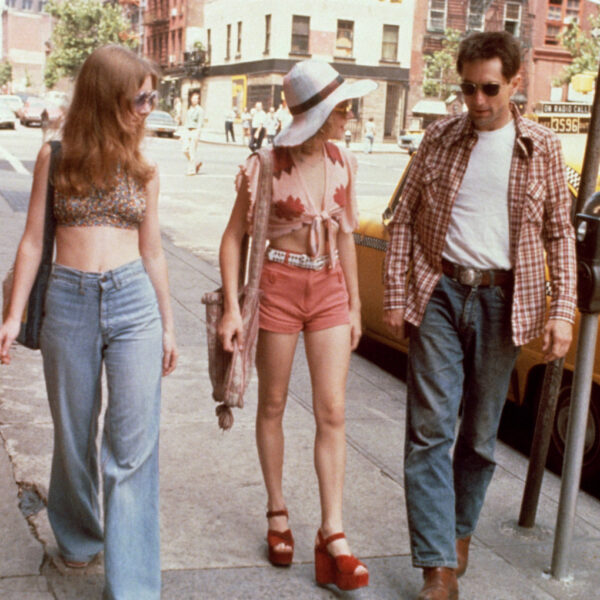 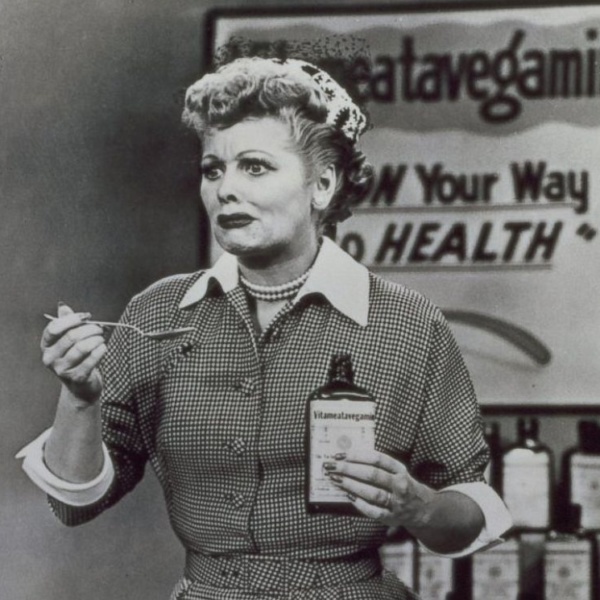