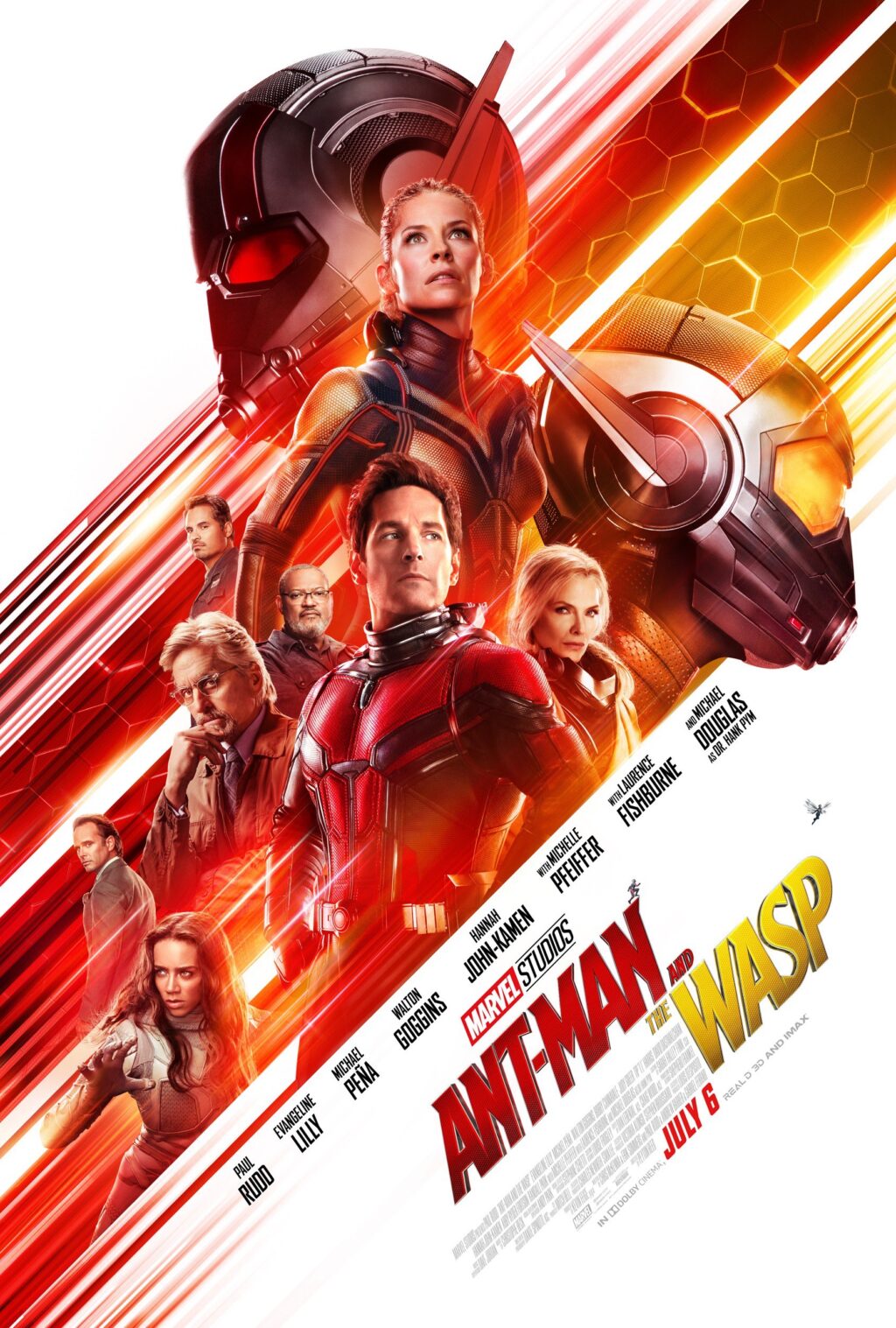 While Ant-Man and the Wasp (2018) was released after Avengers: Infinity War (2018), the film’s plot largely deals with the fallout of Captain America: Civil War (2016) as it pertains to Scott Lang’s situation. Lang (Paul Rudd) is under house arrest due to his involvement in the Avengers battle in Germany (as seen in Civil War). Hank Pym (Michael Douglas) and Hope van Dyne (Evangeline Lilly) have also suffered repercussions due to Scott’s decision to aid Captain America (then, a fugitive) without consulting them. Scott is not speaking with Hank or his daughter. While riding out the remaining days of his house arrest, Scott has a vision of the quantum realm while taking a bath. In the dream he sees a game of hide and seek with a small child through the eyes of someone else. Upon looking in a mirror, he realizes he is in the body of Janet van Dyne (Michelle Pfeiffer); Hank’s wife who became lost in the Quantum realm years earlier during a mission. Scott calls Hank to tell him about the dream and is promptly apprehended by Hank and Hope who inform him that they have been working on a Quantum tunnel. The tunnel is part of their mission to save Janet from the Quantum realm as they had just turned it on during a failed attempt to open the portal. Scott’s phone call to Hank informing him of his dream occurred five minutes after the tunnel was switched on and they believe Janet sent message from the quantum realm through Scott as a means of locating her. Scott’s previous journey to the realm during the events of Ant-Man (2015) proved that one could return from the quantum realm after going there, something previously thought impossible.

Together, Scott, Hope and Hank endeavor to open the quantum tunnel to save Janet. However, not only does Scott constantly have the FBI on his tail, with his parole officer (Randall Park) constantly checking in on him and his house arrest, Hank and Hope are on the run from the law and are being chased by Sonny Birch (Walton Goggins), a criminal after Hank’s technology. The main “super villain” of the film is Ava Starr (Hannah John-Kamen), although she is mainly an antagonist due to her desperate situation. Being exposed to quantum technology as a child killed both of her parents but left her molecules in an unstable state, allowing her the ability to phase through solid materials. In order to save her life as her body deteriorates, she needs to harness energy from the quantum tunnel which could save her, but kill the trapped Janet in the process. The character of “Ghost” had traditionally been a male in the comics but the film chose Ava Starr as a blank slate for actress Hannah John-Kamen)

Lawrence Fishburne appears as Bill Foster, a former partner of Hank Pym’s who was known as Goliath and Giant-Man in the comics. Reference to his growing is mentioned in a metaphorical dick-measuring contest he has with Scott Lang as they brag about how many feet each of them grew to. Michael Peña, Tip “T.I.” Harris and David Dastmalchian all repsire their roles as Luis, Dave and Kurt (respectively); Scott’s ex-con buddies who have started up a security company. The comic element of the film is great much like its predecessor and indeed all MCU films.

After the dark and serious nature of Avengers: Infinity War (2018), Ant-Man and the Wasp (2018) is a brighter and lighter film; but it is not void of all the great action pieces we’ve come to expect from the folks at Marvel. The cast is top-notch and there are wonderful moments that I have no doubt were improvised on set. Paul Rudd shines as the most lovable and down-to- earth Avenger of the year. It’s particularly amusing when Lang makes up names for the various ants he flies on and encounters; each with a hilarious “ant” somewhere in the name like “Ulysses S Gr.. ant”. Evangeline Lilly gets to earn her character’s name included in the tunnel but the story presented in the film is one of two Ant-Man and Wasp teams; our heroes Scott and Hope, but also Hank and Janet as the original incarnations of the insect-named team. We revisit the flashback to the original Ant-Man and Wasp that we saw a glimpse of in the first film; when Janet went subatomic, sacrificing herself to save hundreds of thousands.

The first two Marvel Studios films of the year broke from a recent tradition; digitally de-aging a main or supporting character for a flashback scene. In Black Panther (2018), King T’Chaka (John Kani) is seen as a young Black Panther in 1992. Instead of employing the same technology that Marvel used in previous films, the young T’Chaka was portrayed by Atandwa Kani, the son of actor John Kani (whom also bears a strong resemblance to his father).

In Ant-Man (2015) Michael Douglas was made to look as he did in 1989. In Captain America: Civil War (2016), Tony Star leads a TED talk where he shows a digital representation of the last memory of his parents. In the simulation, Tony comes face to face with himself in 1991 just prior to his parents’ deaths. The opening shots of Guardians of the Galaxy: Vol 2 (2017) showed a young version of Kurt Russell, complete with turtle neck, leather jacket, that great smile and the most glorious mane of brown hair that ever existed. Martin Scorsese is set to use this technology on Al Pacino, Robert De Niro and Joe Pesci in his next film so you can see that the tech advances are quite remarkable.

In Avengers: Infinity War (2018) there was way too much going on for backstories (which we’d already been given in the form of EIGHTEEN previous movies) and all flashbacks were centered around Thanos (Josh Brolin), that film’s main character.

The film continues the heist element of the first, with each party chasing after the other for Hank Pym’s laboratory (that conveniently shrinks to the size of a small piece of rolling luggage). We see some humourous side effects of Scott’s prototype suit that sees him trapped at various different sizes. While fleeting references to Scott’s encounter with the Avengers are mentioned, the film acts as a self-contained story until the mid-credits scene; one that ties into the ending of Avengers: Infinity War (2018). Production photos have shown that Scott Lang features prominently in Avengers 4 (2019) and the tag at the end of this movie places him in a sticky situation for the onset of next year’s team up.

Ant-Man and the Wasp (2018) is about as good as anyone could expect it to be. While it doesn’t transcend the familiar tropes of the superhero genre, it fulfills its promise to the audience, continuing the new era of superhero films where even secondary or perhaps “sillier” heroes can still handle their own franchises. The great casting and fearlessness to dive into the obvious comedy that is rich with star, Paul Rudd at hand works in the best ways. Paul Rudd is a box-office smash superhero; and I’m perfectly happy living in a universe where that is true.

Recently, Dr. Spiros Michalakis, a quantum physicist from the California Institute of Technology made headlines for suggesting that Ant-Man would be able to defeat Superman with ease. While I’m not about to get into any sort of scientific discussion, the headlines garnered by Michalakis are worth mentioning. Regardless of whether Ant-Man could theoretically best Superman; Scott Lang of the Marvel Cinematic Universe might just hold the key to saving the Avengers and the universe next year.

‘Carol Danvers (Brie Larson) will debut in the MCU’s next film, Captain Marvel (2019) which will take place in the 1990s. Between Scott’s predicament at the end of this film and whatever we see in Captain Marvel (2019), the anticipation will no doubt be at peak levels by the time the fourth chapters in the Avengers saga comes to theatres on May 3, 2019. 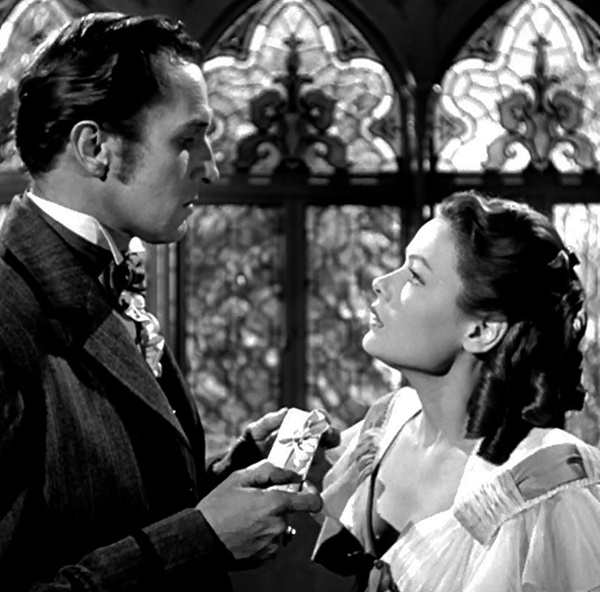