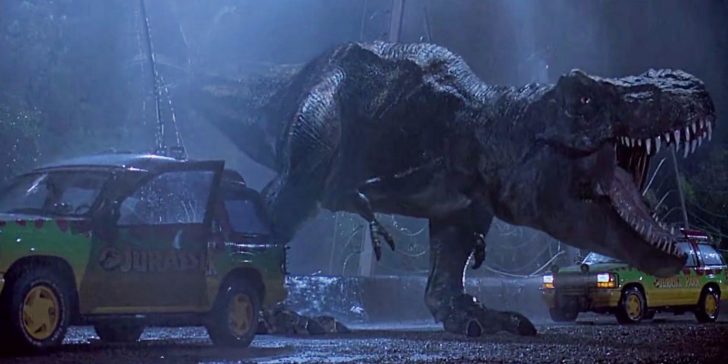 In Steven Spielberg’s sequel to the first film, a Tyrannosaur is brought to the United States mainland and goes on a rampage through the streets of San Diego; drinking from a backyard pool and “sadly” eating a family’s dog. Seeing the prehistoric beast in the modern world is a stunning image even if the film failed to live up to its predecessor.

With Jurassic Park (1993), Steven Spielberg carried on a tradition he started with Jaws (1975), a film that essentially invented the summer blockbuster and the movie release season in general. In Jurassic World (2015), the fully operational dinosaur theme park has an aquatic attraction featuring the monstrous Mosasaurus (not a dinosaur) leaping out of the water for food. In the new technological age of both movies and the world of the film, the great white shark (the very best that Spielberg used to make us all afraid to go in the water) serves merely as bait for this new colossal attraction. How far we have come.

In Jurassic World (2015) we see Chris Pratt riding through the jungle on a motorcycle with a pack of trained Raptors operating as his generals as they hunt down the genetically engineered super-dinosaur.

During the closing moments of the latest film we see some striking images of the “world” part of the franchise title come to fruition as the dinosaurs are now no longer confined to the park or island. Set to the seductive tones of some sweet Jeff Goldblum voice over narration, we see the dinosaurs mingling with the modern world, providing a a taste of the forthcoming sequel. A male lion boldly  roars atop a rock face only to be greeted from the landscape by the approaching Tyrannosaur which responds via it’s own thunderous bellow. The lord of the pride lands has been dethroned by this titanic she-King. It must be noted that this individual Tyrannosaur is the same female from Spielberg’s original film. Long may she reign.

When we get a glimpse of the laboratory staff at John Hammond’s park, we become audience to a baby dino breaking free from its egg, seeing the world for the first time. As everyone marvels at the miracle of genetics they have witnessed. Dr. Alan Grant (Sam Neil) holds the hatchling in his hands before inquiring about the species. As Ian Malcolm (Jeff Goldblum) warns about the power of playing God, Dr. Henry Wu (B.D. Wong) informs grant that he is holding a newborn velociraptor. This scenes ominous foreshadowing drives home the theme of the entire franchise. Life finds a way.

Because the film has just been released, there is no available footage of this tragic moment from Jurassic World: Fallen Kingdom (2018). As the humans escape the doomed island with several dinos on boats, a lone sauropod can be seen slowly marching at the dock towards the water, desperately trying to escape the volcanic disaster that is consuming the island. The doomed beast is engulfed in smoke, ash and flame as we see the long-necked silhouette of the animal. As it roars out a last cry for help, it dies with the island. This is the closest to tears that the franchise has ever brought me; and while devastating, it is a truly awe-inspiring moment. Life may find a way, but nature will eat you for breakfast if it wants to.

This scene featuring a sick triceratops showed us that even in the age of CGI, practical effects and animatronics are a valued asset for storytelling. Stan Winston studios created the full-sized Triceratops with eye and chest movement, making the actors on set feel the awe of being in the presence of a real dinosaur. A famed photograph of Steven Spielberg crouching next to the animatronic dinosaur became fodder for an internet prank when people said it was an actual dead animal that had been killed in a big game hunt by the director. Stupidity never ceases to amaze.

If you want to talk about a “money shot”, this is a great one. In the climactic battle between the Velociraptors and the humans, the Tyrannosaur comes in to save the day, destroying the large atrium facility in the process. After throwing a raptor into a giant sauropod skeleton, the colossal animal roars out in triumph as the gigantic banner reading: “WHEN DINOSAURS RULED THE EARTH” falls in front of the T-Rex at the perfect moment. Cinematic gold.

Do you ever look at a glass of water and imagine ripples? That’s because of this moment. The production infamously had a difficult time to get the desired effect in the glass until someone employed a guitar string under the dash of the jeep to create the ripples. An iconic moment that everyone recognizes.

Sorry, Rexie. The giant carnivore may be the main attraction of these films, and it does populate a lot of moments on this list; but the single most awe-inspiring scene of the whole franchise is the first big reveal of the Brachiosaurus when Dr. Grant, Dr. Sattler (Laura Dern) and Dr. Malcolm enter John Hammond’s park. As the majestic beast grazes on the tree tops, we see the fully realized CGI dinosaur in full daylight as that glorious John Williams theme music sweeps in behind the epic and legendary scene. Not only the most deserving spot at the top of this list, the Brachiosaurus reveal is (in my opinion) one of the single greatest moments in the history of cinema. 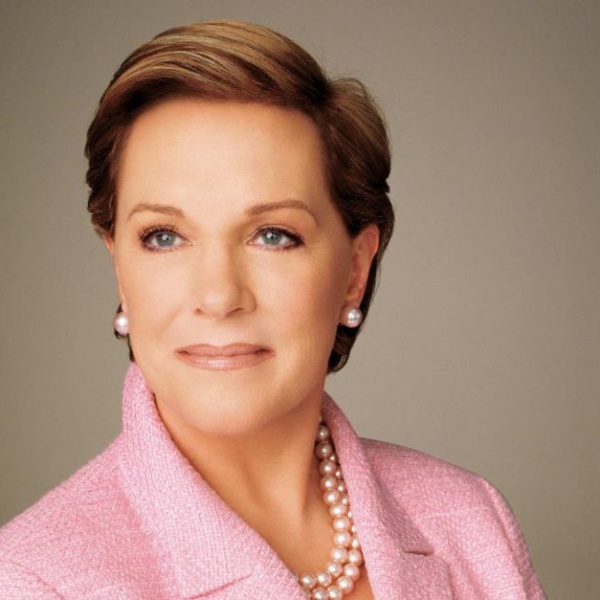 Julie Andrews: A Look Back at Her Essential Performances 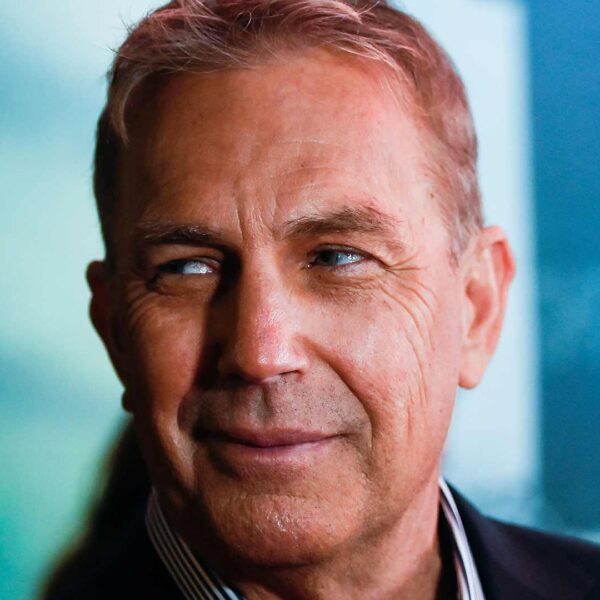