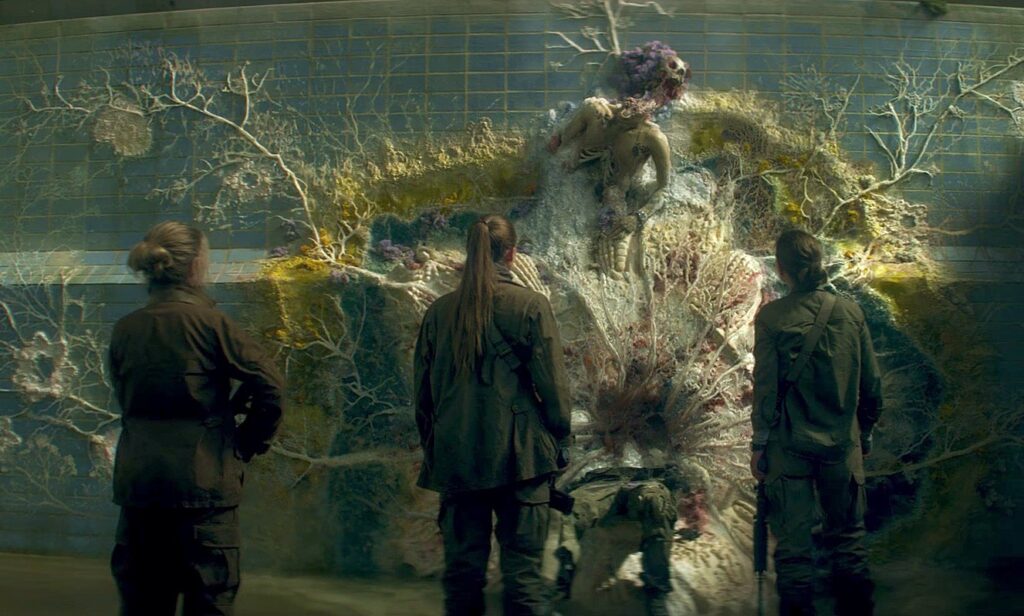 A couple of years ago Alex Garland gave us his excellent science fiction thriller Ex Machina (2014), a thriller that was far better than perhaps it had any right to be.

Confident, even brash behind the camera Garland has done it again, even more so, with his new film Annihilation, which Paramount has been trying to release for more than a year, unsure of how to do it, even toying with the streaming network Netflix. The decision finally came, rightfully, to put the film in theatres, where the masses can enjoy it, where the mainstream movie goers can be frightened by the picture and the imaginative story Garland has given us.

It seems appropriate that Natalie Portman is Lena, the heroine of the film, in which female empowerment is all. Portman must like that given her condescending comments at the Golden Globes about the Best Director category being an all male category followed by her attacks on Woody Allen just days after. She is a powerful voice in the women’s movement sweeping the country, but I think she has targeted the wrong man, and men in the case of the Globes. Her comments cast an immediate shadow on the awards and I am sure the winner of the Best Director award enjoyed his award just a little less. I have not been able to look at Portman the same since, arrogant, entitled and condescending, but she is a gifted actress, no question, and sinks her teeth into this role. The actress brings a remarkable intelligence and sense of wonder to the role, a scientist who is also a soldier, who knows what she is studying could be dangerous, fatal even. but her sense of curiosity pushes her forward.

A meteor from deep space has landed on the Eastern coast, striking in the areaof a lighthouse, but some sort of alien energy force has come with it, creating what is called the shimmer. Rainbow like waves seem to shimmer across the landscape, forming a barrier around the lighthouse, but extending, growing, and any contact with the outside work once inside the shimmer is impossible. Worse, a group of scientists entered the shimmer and came back, if they come back, virtual zombies, unable to communicate what they experienced.

Once of those men, Kane, (Oscar Issac) was married to Lena, so she decides to accompany a group of female scientists inside the shimmer to figure out what is happening.

Inside they find that animals are mutating, whatever force is there is altering everything it comes into contact with like a raging cancer exploding in someones body. Plant life has changed, and it all seems interconnected with the same cellular structure. And Lena is smart enough to know that whatever life force has altered the area, has invaded their bodies and is gradually taking control of the women.  She learns that the extraterrestrial life form is like a virus, working with whatever it comes into contact with, but taking over in its own twisted way.

Lena is a professor at John Hopkins where she is an expert is cell mutation, making her the perfect person to be studying the shimmer, but perhaps not necessarily inside the thing, not placing her life at risk. Yet look deeper, a theme of the film, and she proves to be exactly the right person to be in the shimmer.

When the women make the decision to go into the shimmer they do so knowing that it is likely a suicide mission from which they will never return, but they go anyway, a testament to their courage and resolve. They want answers. Led by tough as nails Ventress (Jennifer Jason Leigh), along with three military women portrayed by the always interesting Gina Rodriguez, Tuva Novotny and Tess Thompson) and Lena, what they see once they enter the beautiful shimmer is only the beginning of the horrors to come. When attacked by the creatures that have mutated, they are horrified to realize the intent of the creature. The sequence with the bear attack haunts one long after the sequence ends.

The director seems to pay homage to the great Russian filmmaker Tarkovsky with his minimalist style, his editing and the tension created with a sense of dread and mounting doom. He relies greatly on his actors to carry the film as opposed to making the film a special effects extravaganza, a very bold and exciting move. There is a quiet terror mounting throughout the film, one that is released gradually, with terrifying power.

Portman as always is excellent as Lena, who does not appear up to handling going inside the shimmer, yet her training in the military proves handy and she quickly adapts. Steel jawed, focused and intense she gives Sigourney Weaver a run for her money as a female kick ass hero.

Jennifer Jason Leigh was among the very best actresses of the nineties to never to be nominated for an Oscar for her consistently brilliant work in films such as Georgia (1995) and Washington Square (1997). She finally earned a nomination in The Hateful Eight (2015) for Tarantino, reminding audiences and critics of her gifts. She is terrific here as the no nonsense commander, one who is ready for anything but in no way truly prepared for what they encounter. The scenes between she and Portman crackle with electricity, two great actresses at the top of their game.

Genuinely scary, the film slips under your skin before you realize it is there. Dread builds, slowly, but builds once it starts and never lets up. The director, adapting the book, has merged some of the stories together to create this film. He brings to the story deep philosophical questions, asking tough questions, demanding answers. The beauty inside the shimmer is misleading because under it can be unspeakable horrors, just as beneath the human body can be cancer cells advancing like a nightmarish horror on the body. Managing to be both a truly scary ride with a brain is no easy thing, yet Garland has achieved it…again. He has created the most beautiful horror film I might have ever experienced…his images sing, his horrors terrify.

Destined to be among the years very best films.

TOM HANKS: THE GREAT PERFORMANCES AFTER CAST AWAY (2000) 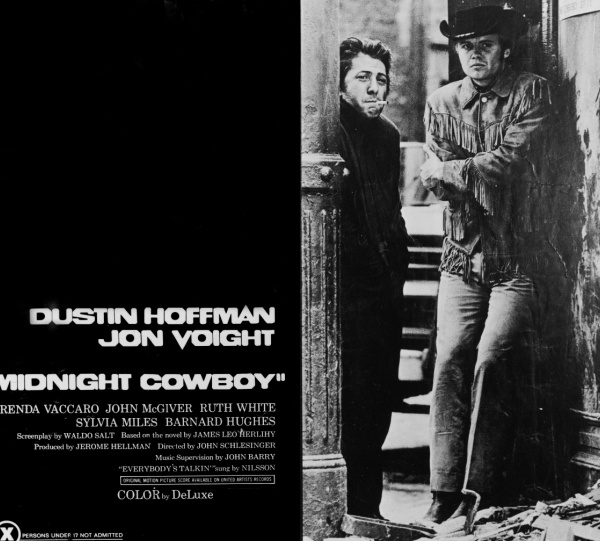